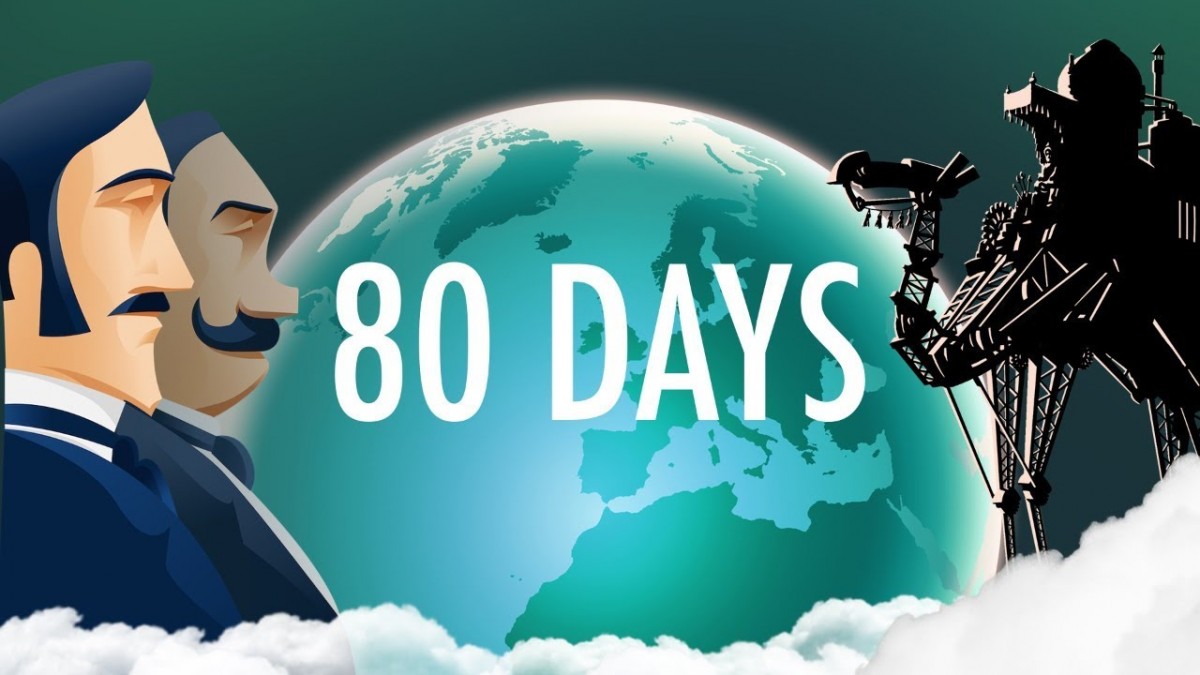 80 Day
On October 2, 1872, Phileas Fogg and his loyal valet Passepartout set out to win a hefty wager: £20,000 if they could make it around the world in eighty days.
Navigate a Dynamic World

Penned by celebrated narrative designer Meg Jayanth and developed by inkle, the studio behind this year’s acclaimed Heaven’s Vault, 80 Days is Jules Verne with a steampunk twist. Part old-school text adventure, part strategic board game, and part RPG, 80 Days is a huge and adaptive interactive story that writes itself around the thousands of choices you make during your journey. You are Passepartout, and your employer’s success rests on you. (No pressure!) What route will you take: across Europe, down the coast of Africa, over the North Pole, around the equator? And how will you travel: by Orient Express, steamer, hot-air balloon, camel, submarine? With nearly 200 distinct cities brimming with side quests, subplots, and diverse characters, each 80 Days playthrough is unique and unexpected. But don’t delay, because the clock is always ticking in this real-time race. How fast can you get back to London?

A Journey Worth Repeating

Even if you’ve previously teamed up with Passepartout on another platform, you likely haven’t seen everything 80 Days has to offer. The Nintendo Switch version includes all of the content incrementally added since its initial mobile and Steam releases: find the lost city of Atlantis, join a North Pole expedition, go over Niagara Falls, team up with notorious jewel thief the Black Rose, and even journey to the moon! This IGF winner for Excellence in Narrative tops out at nearly 750k words – that’s twelve times longer than Jules Verne’s original. Yet on any one playthrough, you’ll only see around 3% of the content, making the game endlessly replayable. Make haste, Passepartout! You have a wager to win!