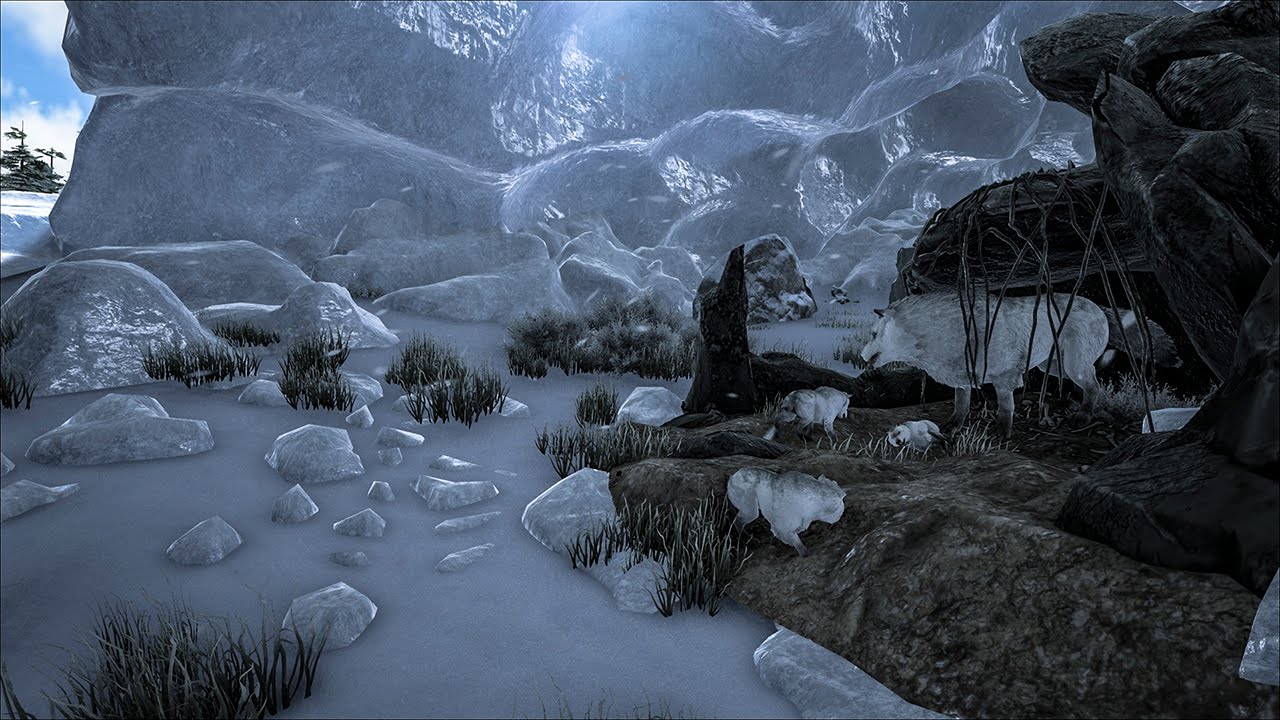 ARK: Survival Evolved
In ARK: Survival Evolved, survivors wake up stranded, naked, freezing, and starving on a mysterious island where they must hunt, harvest, craft items, grow crops, and build shelters to survive in every biome. Survivors will tame, train, and ride more than 100 stunning dinosaurs and other prehistoric beasts, including gargantuan creatures on a scale never before seen in video games! In every available biome – Jungle, Snow, Swamp, Redwood, and Desert – you’ll be able to fly an armed Pteranodon squadron over the snow-capped mountains, race through a thick jungle with your pack of trained Raptors, tromp through a fortified enemy base with a convoy of gigantic Brontosaurus, or chase down prey on the back of a raging T-Rex.

Key ARK: Survival Evolved Features
TAME, TRAIN, RIDE, and BREED DINOSAURS: Command the most amazing creatures from throughout Earth’s biological history, with more than 100 dinosaurs and creatures planned for full launch. Use cunning strategy and tactics to tame and ride the many dinosaurs and other primeval creatures roaming the dynamic, persistent ecosystems across land, sea, air, and even underground.
CRAFT AND BUILD: Using any means necessary to survive, players will craft weapons, clothes, and items, and build shelters. Plant, harvest, build, level-up, and customize everything visually and functionally, including procedurally-generated RPG statistics for creatures, characters, resources, clothing, gear, and weapons both primitive and modern.
DISCOVER: Explore a massive living ecosystem and find the means to survive, thrive, and possibly escape the ARK Island.
TEAM UP TO SURVIVE: Start a tribe with dozens of other players in a large-scale multiplayer online first person environment to survive and dominate competing tribes…and to ultimately discover ARK’s true purpose.
JOIN A TRIBE: The ‘Tribe’ system encourages cooperation, by supporting dynamic parties to share resources, XP, and re-spawn points. Other players are organizing rebel tribes to accumulate resources, experience, re-spawn points, and to construct sprawling villages and cities, with technology spanning the primitive stone-age to the modern electric-powered era and beyond. And they will fight to destroy anything they see as a threat.
A LARGER UNIVERSE: Travel between Online ARKs to meet new players, face new threats, and discover new civilizations!
Meanwhile in the Scorched Earth Expansion Pack, players will wake up in a fiery, drought-ridden desert world, where they must immediately seek water, hunt for food, harvest new flora, craft new items, and build shelter from the extreme heat.