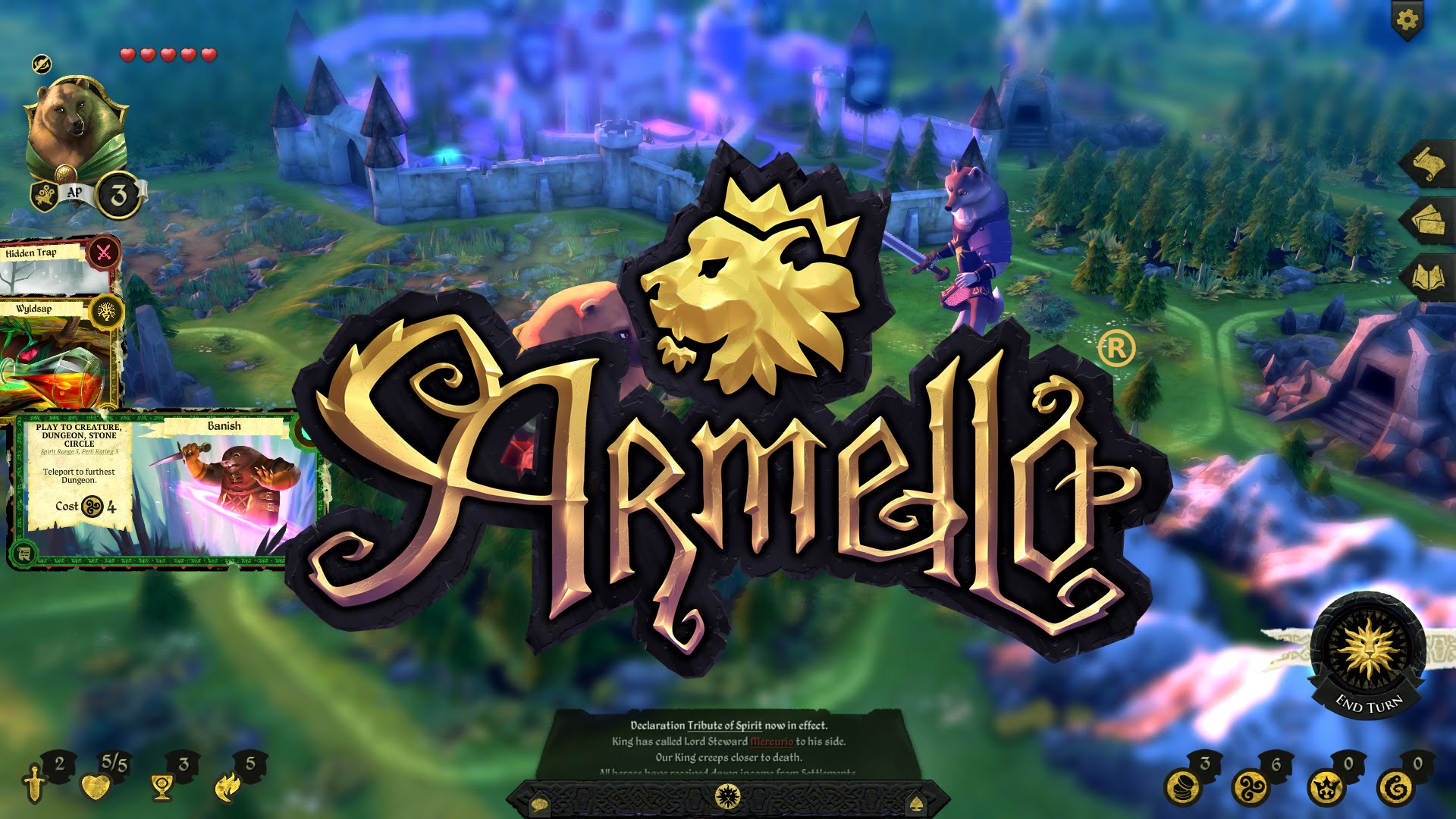 Armello is a natively-digital multiplayer card and board game set in a fairy-tale animal kingdom. With the King of Armello corrupted and insane, four animal clans compete in a race to claim the crown.

You, play as a ‘Hero’ from one of the four animal clans: Rat, Rabbit, Bear or Wolf. Players navigate their fully animated 3D character across the board (procedurally generated from 3D hex tiles) as they quest, scheme, explore,Vanquish monsters, perform the Mad King’s royal edicts, and face off against other players, with one ultimate end goal in mind — storming the palace and becoming King or Queen of Armello.