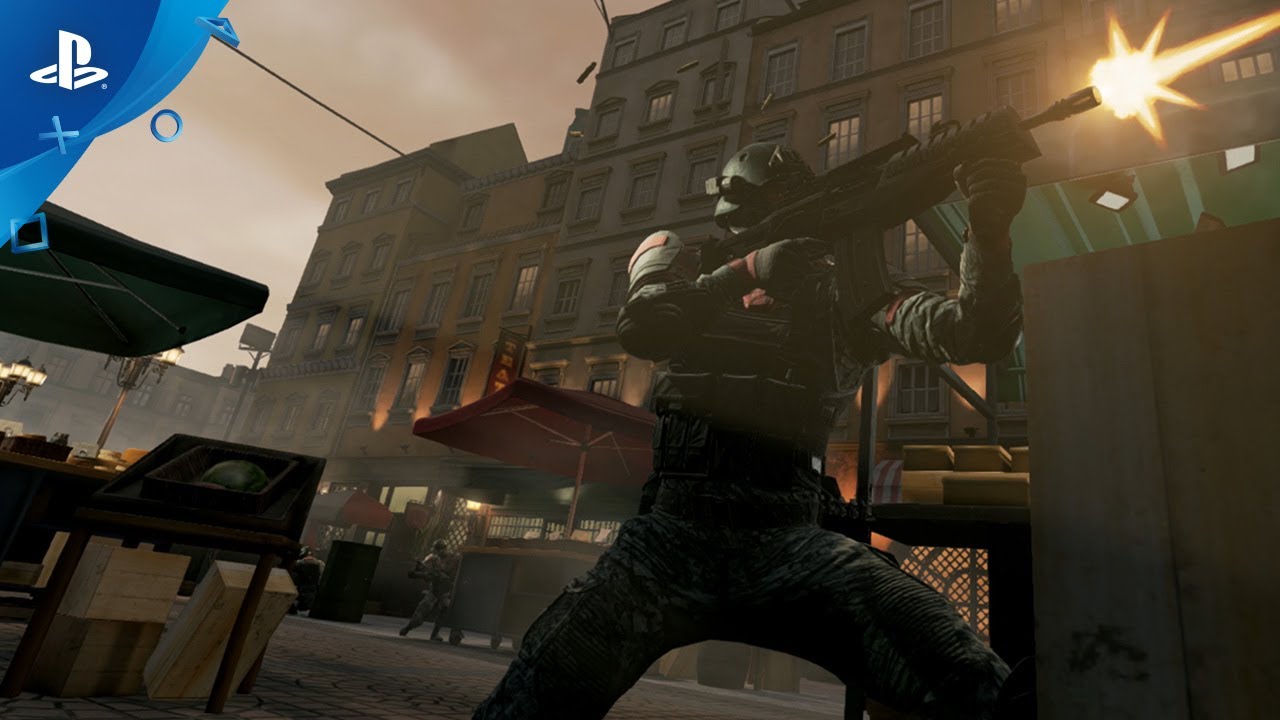 Bravo Team is a modern-day, first-person cover shooter made exclusively for PlayStation VR. Developed with PS VR Aim Controller in mind, Bravo Team drops the player into a fictional modern day Eastern European city. When an escort mission goes wrong and results in the President’s assassination, a country threatens to tear itself apart … and you along with it. Teamwork is at the core of the game. Bravo Team has been developed to allow both single player and online 2 player co-op. The player and a teammate must use everything at your disposal to survive.

TEAMWORK: Bravo Team has been developed to allow both single player and online 2 player co-op*. Verbal communication between players helps to make the decisions you need to survive and avoid (or navigate) enemy detection.

TOTAL CONTROL: You’ll need to lean round corners to take out targets or duck for cover if under fire. You’ll raise the PS VR Aim Controller to view through the iron sight or hold above your head to blind fire.

DECISIONS UNDER FIRE: You’ll make constant split-second tactical decisions about when to take cover, when to reload and when to engage. Should you lay down suppressing fire or try a different route? Who takes that new weapon? Players will need to think fast and act quickly to survive.