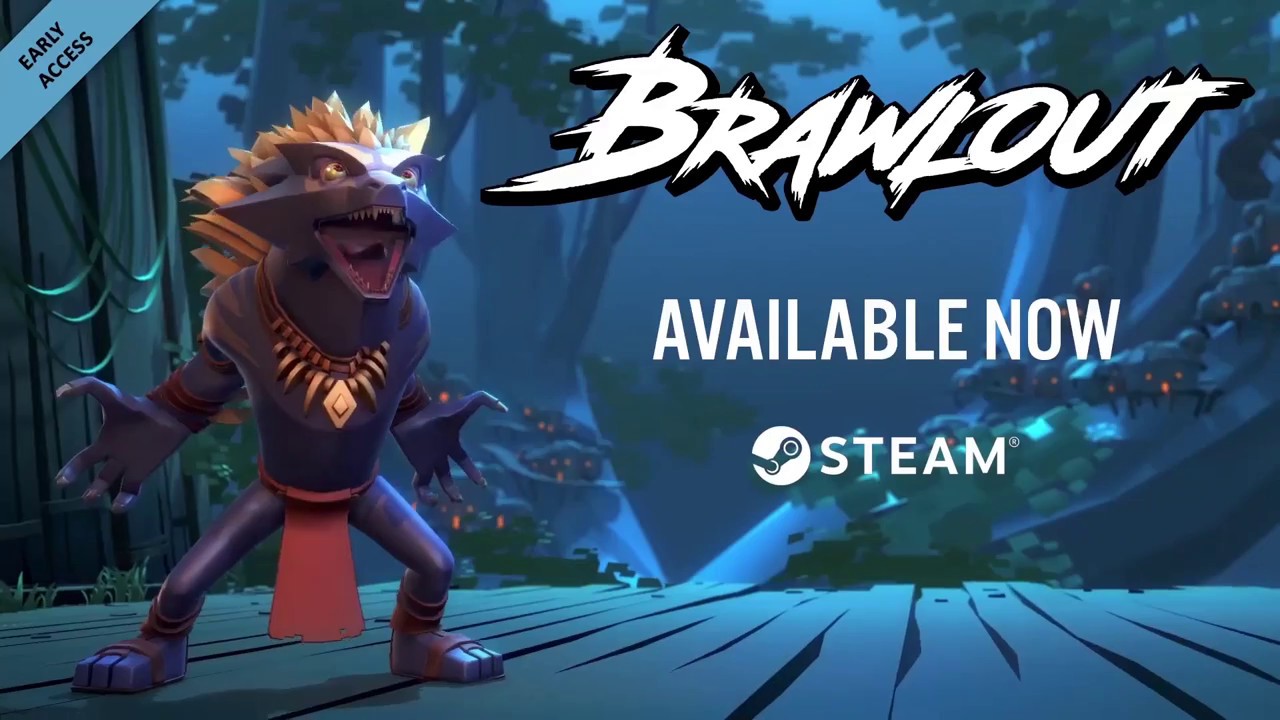 Brawlout is a fighting game that features lighting-fast action for up to eight players! Set in a vivid world of ancient secrets and endless conflict, Brawlout puts the future of civilization in the hands (or claws) of its anthropomorphic animals. As an Exemplar chosen to represent their civilization in combat, each creature fights for the honor and pride of their people.

By merging vibrant platforming with varied combat styles, offering a parade of special moves and emphasizing ground combos, Brawlout finds its own identity – the precision of violent fighters, with a gorgeous animated style. The game features multiplayer action via online (including ranked online tournaments) or local bouts, as well as a single-player campaign. Each fighter will have distinct advantages, including powerful projectiles or long-range whip attacks, and can be evolved with further combo options or advanced technical moves. Fighting also builds a player’s Rage Meter, which fuels powerful special attacks!