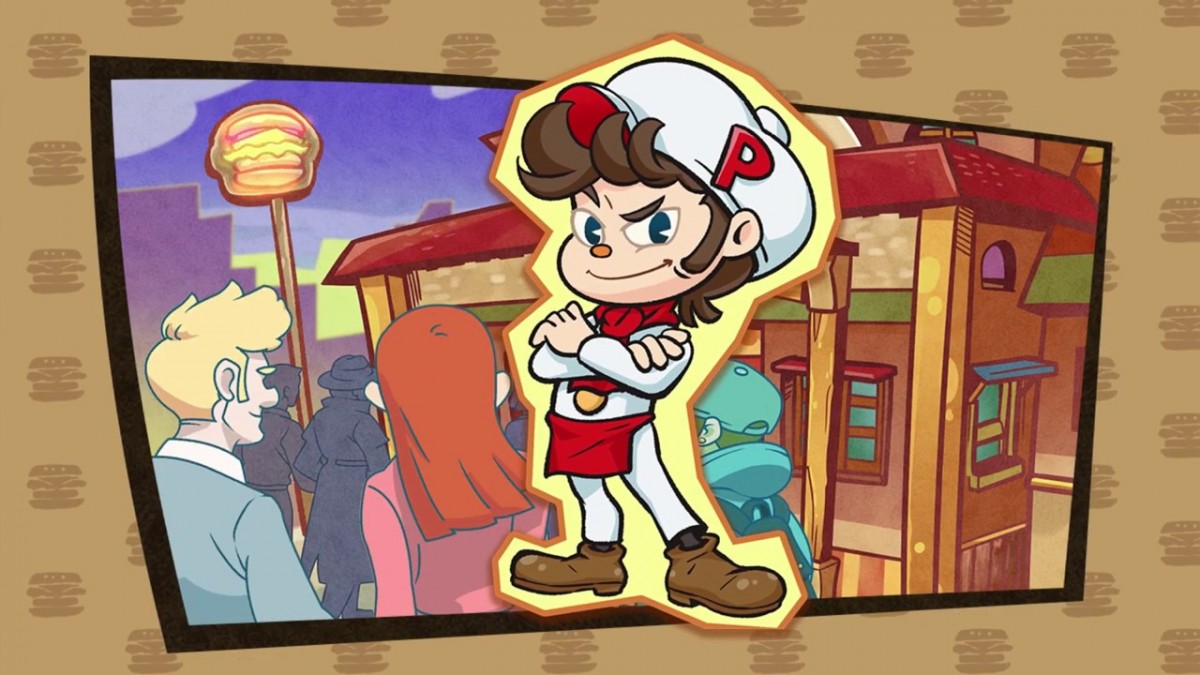 The action arcade classic returns for another helping of food-based puzzle platforming in the ultimate battle of Man vs. Food! Chef Peter Pepper and his Food Foes are back with a fresh look and a massive menu of more than 100 mouthwatering stages with kitchen hazards ranging from freezing ladders to fiery floors.

If you cannot stand the heat from Single Player mode then newly introduced local multiplayer modes allow 2-4 players to work together via co-op or take control of the game’s edible enemies in “Battle Burger” mode. Looking for a competitive challenge? Then test your burger-making chops by racking up points in “Challenge Burger” mode, featuring a leaderboard so you can compete against chefs from around the world.

Chef Peter Pepper and the Food Foes return to serve up a fresh look and tons of new gameplay in this tasty re-imagining of DATA EAST’s 1982 arcade classic!

After firing up the grill for some action, new modes and items will have modern chefs thinking ‘outside of the bun’ to solve bite-sized puzzles like crumbling floors, oil spills, and freezing ladders, all the while evading edible enemies both old and new.

Local multiplayer lets 2-4 friends cooperate as cooks or compete as cuisine across 100+ stages that will keep the fun from getting stale long past Mr. Hot Dog’s expiration date. Now, let’s get cooking!