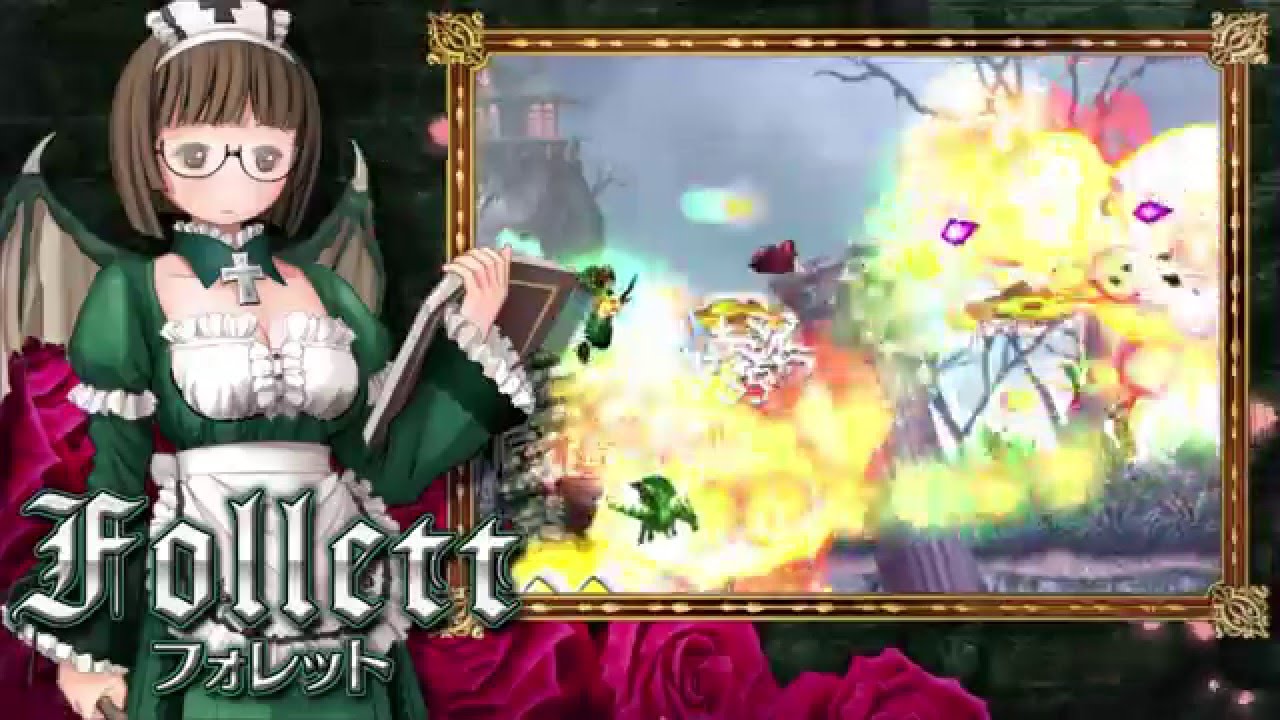 Deathsmiles is a 2D, horizontally-scrolling blaster set in a fantasy world of fairy tale monsters. Players have the ability to shoot both left and right as demons pour in from both sides of the screen.

•Travel down the roads of Gilverado and discover hidden conversations between the angels.
•Horizontally scrolling bullet-hell madness across six different game modes.
•Spooky good fun! Battle ghosts, demons, man-eating plants, and even giant cattle in this gothic horror-themed adventure.
•Five playable angels to choose from, each with her own faithful familiar.
•Supports two-player local cooperative play. Banish the forces of Hell together!
•Reap what you sow with the challenging and powerful Counter system.
•Freely choose your path and difficulty with nonlinear progression between a variety of macabre stages.