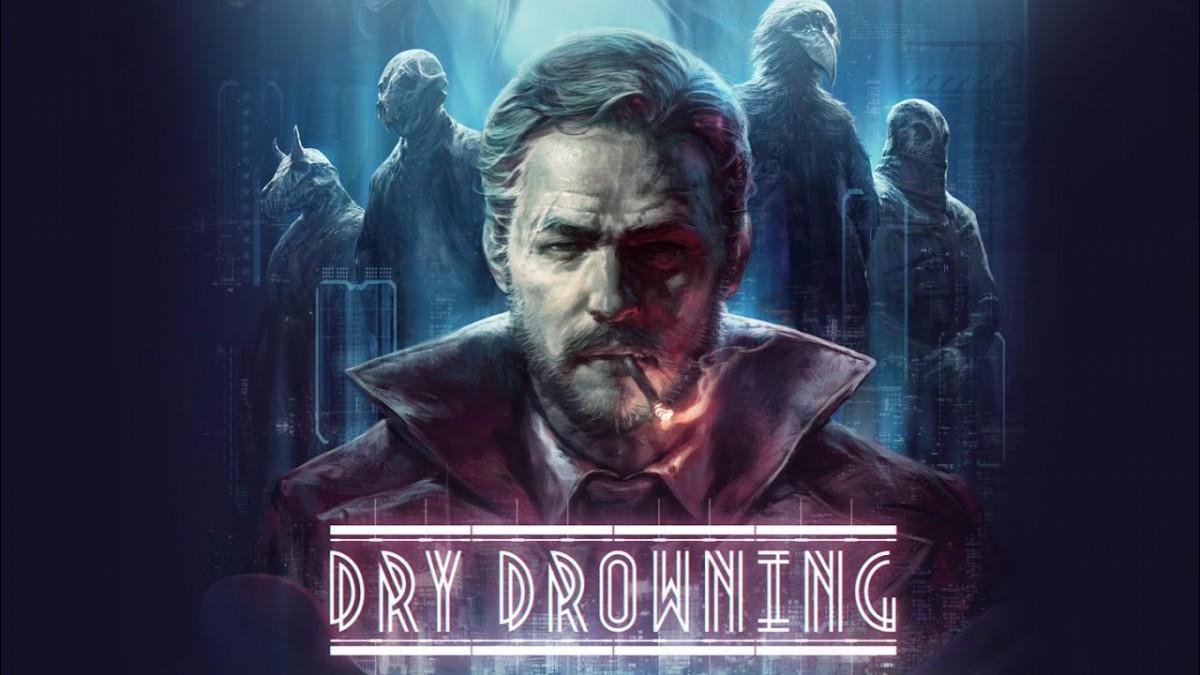 Dry Drowning drops players into the world of Mordred Foley – a troubled private detective with a genuinely shady past – and his mission to lift the lid on a serial killer taking out targets in a dystopian future. Weighed down by a dark history of his own, Foley’s world is one gripped by tyranny, where the hunger for power at the top results in society sinking to the absolute bottom.

The game’s visual novel style enables it to deliver a deep and fully realised dystopian world, with a script that doesn’t shy away from tackling themes such as racism, immigration, political extremism, and sexism.

Players must take charge of Foley as he takes on his detractors and resumes his life as a detective on the streets of fictional city Nova Polemos, all while contending with a world that has little time for right and wrong. It all plays out in a multi-branching story made up of 150 different threads – a structure that places a heavy burden on every decision taken, and every line of dialogue uttered.

Life in the locked-off city of Nova Polemos is uncomfortable for all but those in charge, and the world of Dry Drowning is designed to place the player in unfamiliar situations whilst walking the path of a man who is anything but your typical hero. Straight off the bat, players will have to decide if they want to represent a defendant who subscribes to the very tyranny that’s oppressing both Foley and the people around him. Doing so will help restore his reputation and earn his crust, but might also place those he cares for in danger.

Dry Drowning also features a unique ‘masks of deception’ system that highlights when a character is lying, with Foley’s investigations uncovering a world where trusting anyone quickly becomes folly. In a world where lying appears to be second nature to most, the ability to uncover the truth is worth its weight in gold. Can you use your nose for the truth to make your mark when society itself appears bent on propping up liars?

Moral choices that impact character relationships and the game environment across a potential 20 hours of gameplay.

Elaborate clue system for investigations: Learn about the city of Nova Polemos and its citizens through dialogue, evidences, items, and character biographies.

Explore flashbacks and past cases to solve new ones.

Dynamic soundtrack with more than 40 dramatic and emotional tracks.

A balanced mix of Western and Eastern visual arts, casting light on a grim futuristic setting where cyberpunk and retro elements harmoniously coexist.