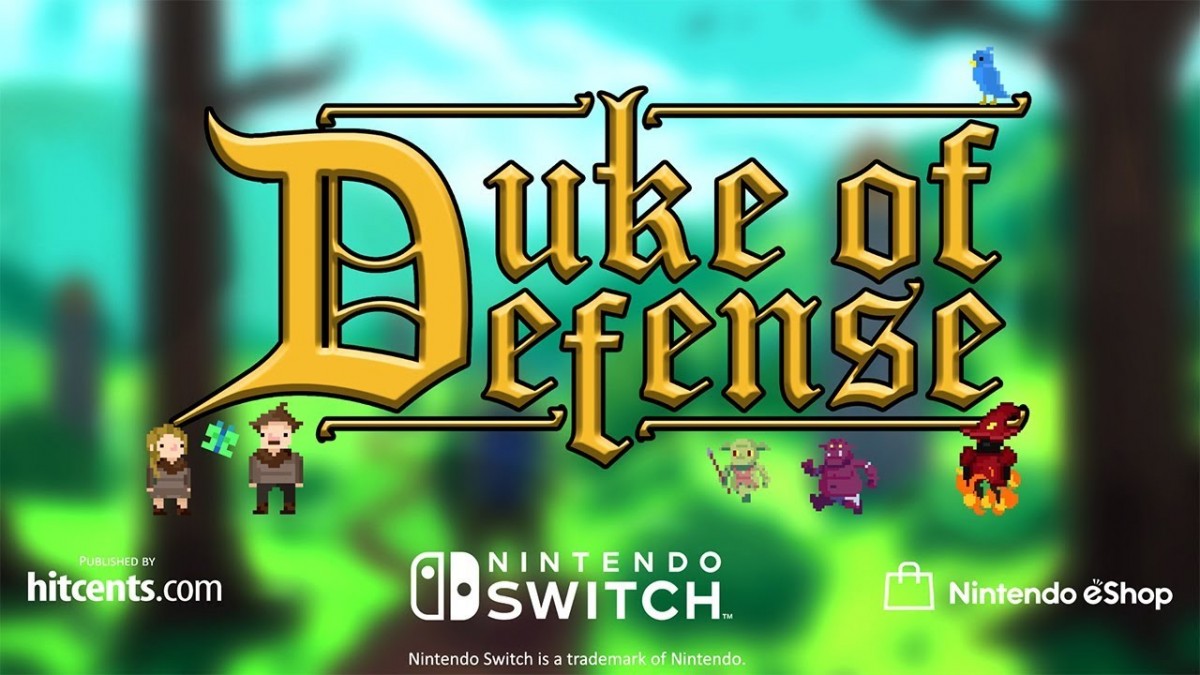 Unbound by the confines of typical tower-defenses, Duke of Defense puts you in the shoes of the newly titled Duke tasked by a mysterious cloaked figure to protect the realm. Roll, laugh, slash, and build your way through waves upon waves of goblins, ogres, golems and more, collecting coins from the fallen foes as you go. Use your gathered gold to turn the trees adorning the battlefield into upgradeable towers, choosing between nine different variants that target different types of enemies. Level up your Duke via a skill tree as you progress; your couch co-op companion will also have all the same sick skills as you during local 2P mode! Customize your Duke at the Wardrobe Well – choose between loads of quirky heads while unlocking more as you progress. Prepare for fast-paced boss battles with some pretty angsty wizards, conversations with philosophical deer, and hordes of bit-constructed baddies while jamming to a masterfully crafted soundtrack.