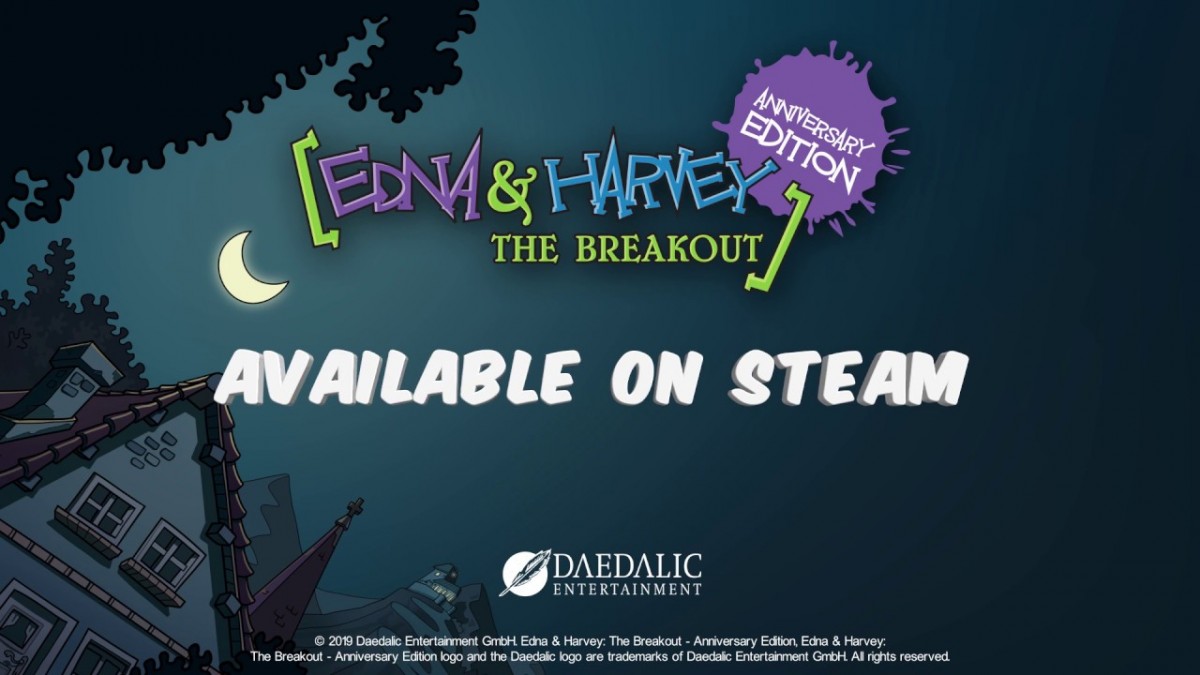 The beloved point-and-click adventure Edna & Harvey: The Breakout is getting the remaster treatment in a new Anniversary Edition out for Windows PC.

Edna & Harvey: The Breakout – Anniversary Edition features new high-resolution visuals, an overhauled user interface and better controls as well as other tweaks. Daedalic Entertainment has upgraded the 2008 classic with all the features that fans of modern adventure games would expect in 2019.

Edna & Harvey: The Breakout is a crazy, humour-filled adventure that stars recently committed protagonist Edna as she seeks to escape from a sanatorium, with the help of her talking plush bunny Harvey. This adventure game represents the very best the genre has to offer, harking back to the fun-filled absurdism of Lucas Arts’ adventures of old. This 20-hour adventure received widespread acclaim when it launched in 2008 and won the coveted Best Adventure and Best Youth Game trophies at the German Game Developer Awards.