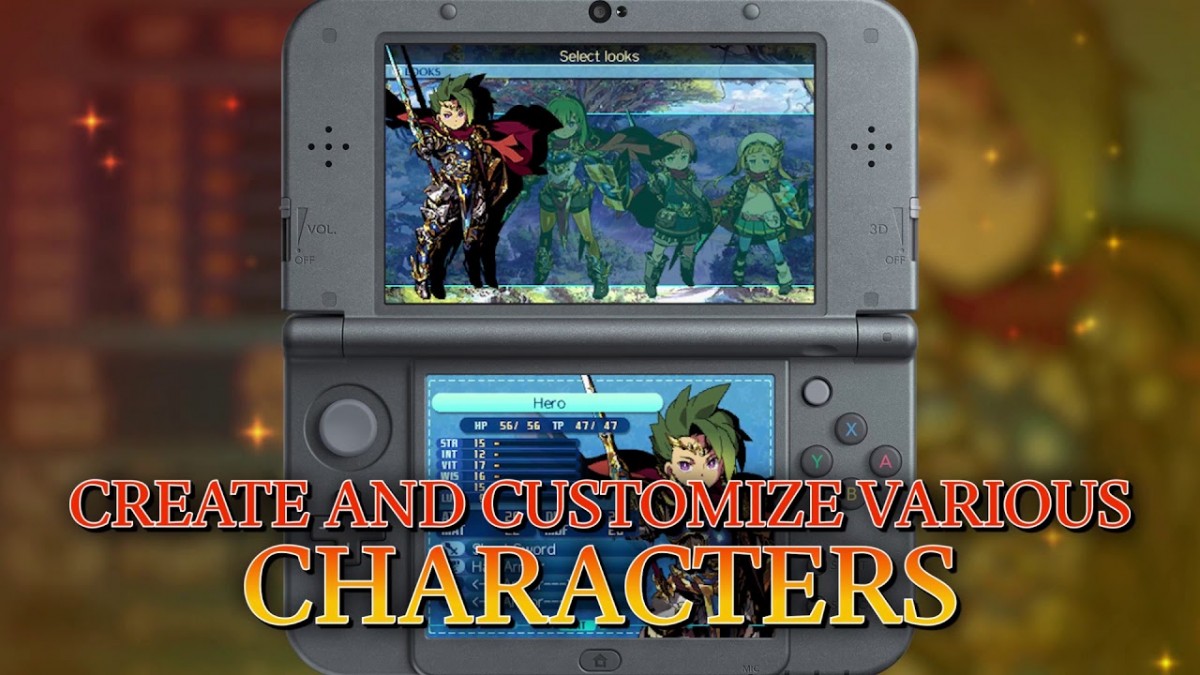 Start off by creating your own dream party of legacy Etrian character classes, as well as the brand-new Hero class, and set off on a journey to the cryptic continent of Lemuria. There, you’ll meet a menagerie of eclectic characters, including some familiar faces that long-time fans will certainly recognize from their past adventures.

·    The Definitive Etrian Odyssey Experience – With more classes, characters, gameplay systems, and labyrinths than any other game in the series, Etrian Odyssey Nexus is the ultimate dungeon-crawling adventure.
·    Customize Your Perfect Exploration Party – Create and customize characters from 19 playable classes, then take on the dangerous creatures of Lemuria’s labyrinths with your perfect party!
·    Both Newcomers and Veterans Welcome! – With the ability to swap between four distinct difficulty settings, auto-mapping settings, and a grand standalone story, there’s something for everyone from series newcomers to experienced veterans.
·    A Love Letter to Etrian – Longtime series mainstays Yuji Himukai (Character Designer), Shin Nagasawa (Monster Designer), and Yuzo Koshiro (Composer) have come together to create the preeminent Etrian experience for the series’ final installment on the Nintendo 3DS™.