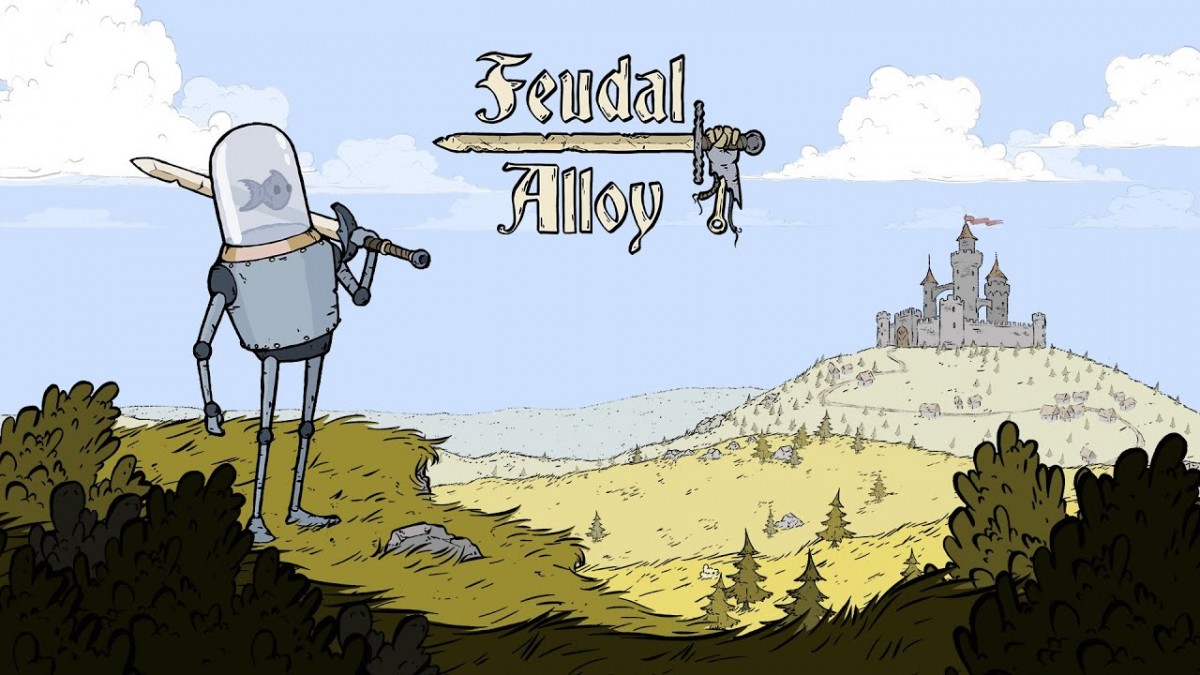 Feudal Alloy is an epic action adventure featuring fish-controlled medieval robots.
Explore an unusual medieval world with a fish-controlled robot, Attu. Improve your combat techniques and skills by smashing many kinds of mechanical creatures in a beautiful hand-drawn world.