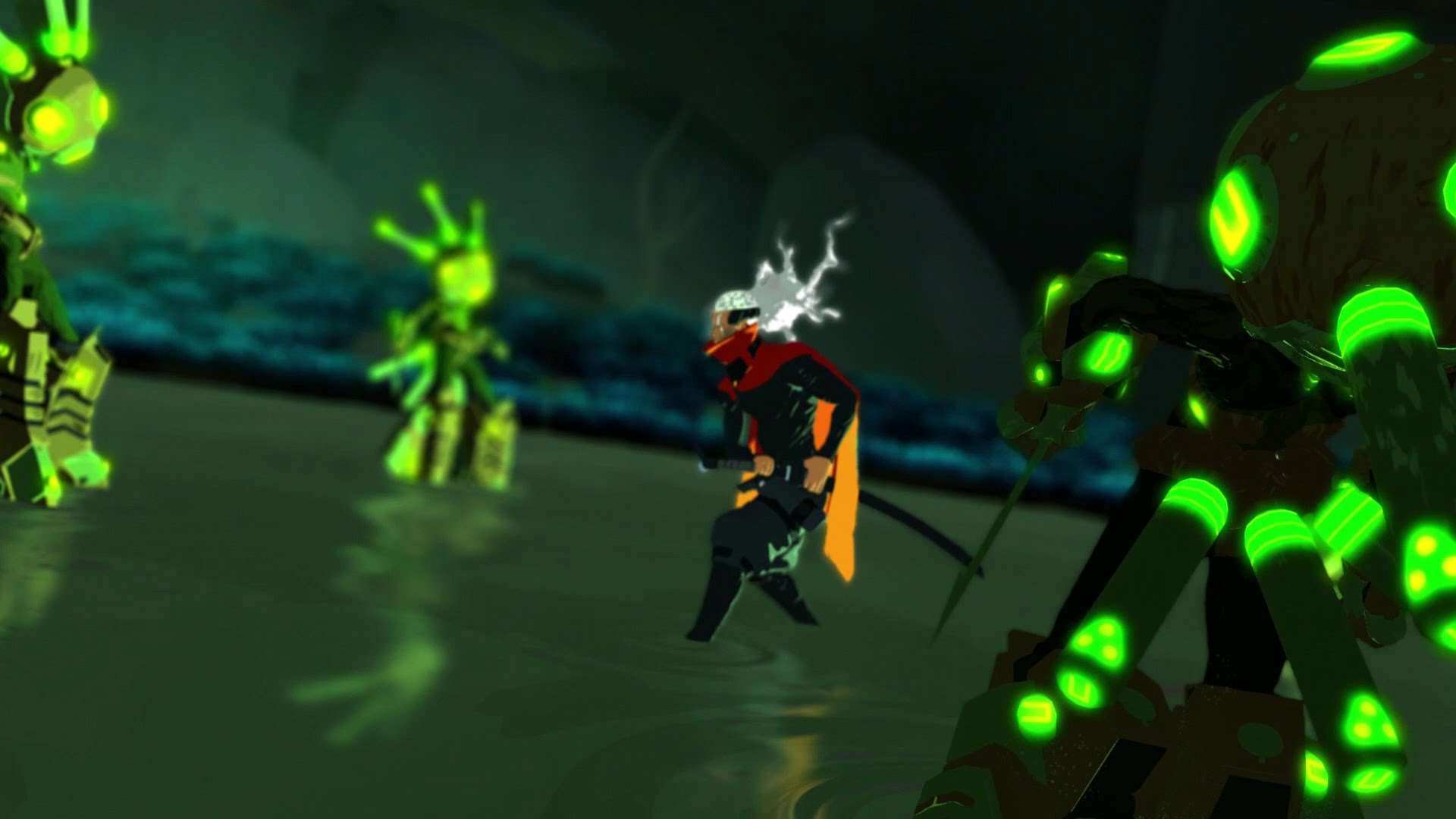 Furi is a challenging game comprised entirely of one-on-one fights against deadly adversaries over a mysterious quest for freedom. With its ultra-intense and responsive gameplay, Furi offers players a unique mix of fast-paced sword fighting and frantic dual-stick shooting.

Inspired by Japanese games such as ​No More Heroes, ​Metal Gear Solid and ​Godhand, ​Furi captures the combined moment of fright, passion and adrenaline you feel when in a fight. Each of the opponents have been designed by Afro Samurai creator, Takashi Okazaki. Furi’s award-winning electro / synthwave soundtrack keeps players on their toes with every battle.

Furi offers a simple set of controls: shoot, slash, parry and dodge, and they can be charged. Furi’s depth comes from the players learning how best to apply their powers against the varied bosses. Timing, reflexes, and execution will determine how you fare against each one.

Furi is a game that requires skills and reflexes. No button mashing or combo learning. You need to wait for your adversary to show an opening to fight back.