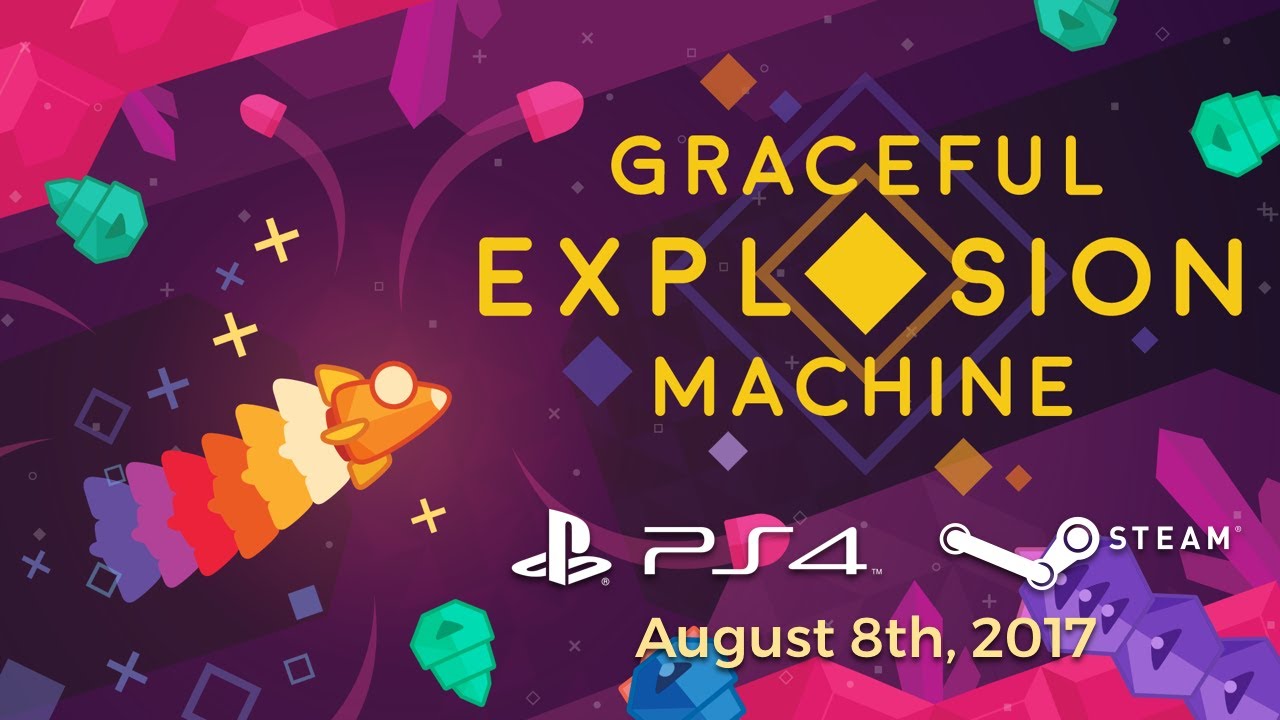 Each armament in the dynamic quad-weapon array – featuring a blaster, energy sword, missiles and sniper beam – has a specific role on the battlefield, but also comes with limitations. Players must use every tool at their disposal, cycling through the arsenal to chain massive combos and kill swarms of aliens, while collecting crystals off fallen adversaries to replenish their munitions.

The experience is approachable but deep, challenging players not only to survive 30+ levels across four distinct planets, but also to rack up high scores and compete with other players. Graceful Explosion Machine features extensive statistics and ranking systems, encouraging the community to go back and master stages in the pursuit of high scores while becoming entranced by the beautiful jewel-hued environments and hypnotic synth-driven soundtrack.