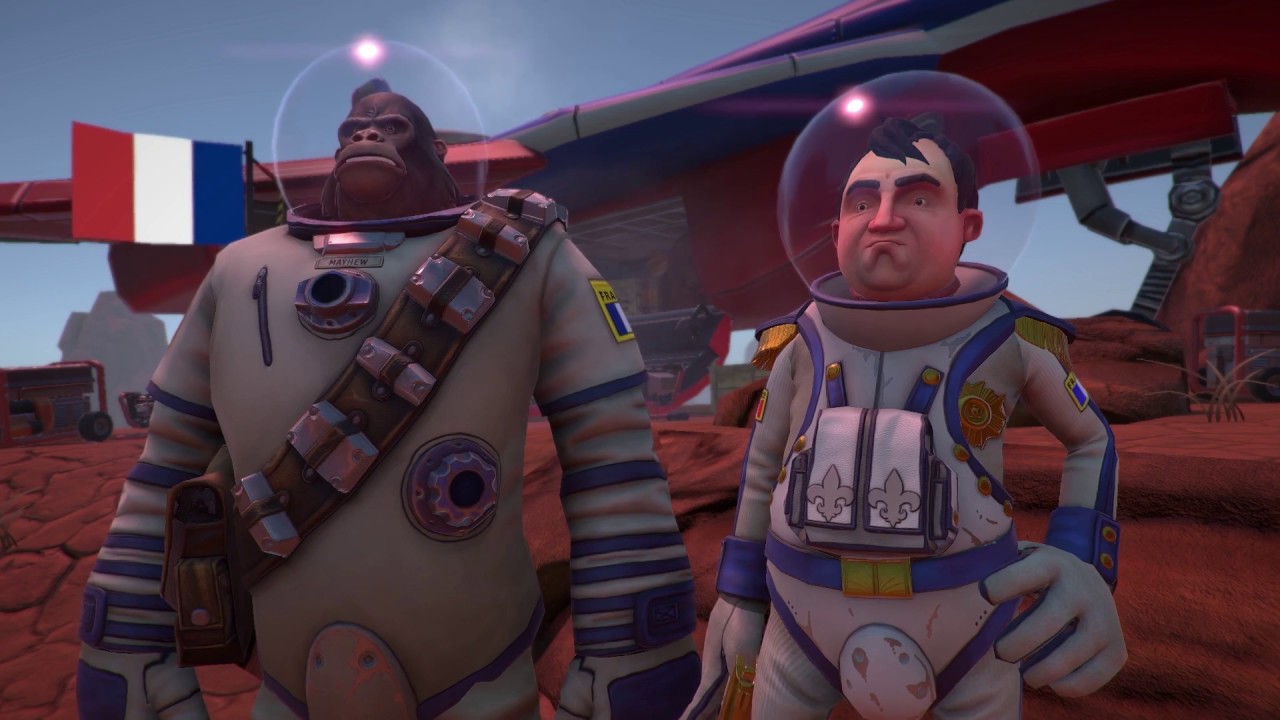 If Her Majesty’s SPIFFING is anything to go by, Britain’s future involves embarking on a journey to the stars (in whatever tin-pot craft we cans get our hands on). Yes, in the years ahead, SPIFFING predicts the UK will set out to conquer planet after planet in a bid to establish a new galactic empire, all the while subtly undermining the French at every turn.

Well, assuming there’s plenty of time to sup on cups of tea along the way, that is.

Accompanied by Sub-Lieutenant Aled Jones you’ll take to the galaxy on board the HMSS Imperialise in this modern interpretation of a classic point-and-click adventure where puzzle solving is intermingled with some hilarious wit and sharp one liners. Well, they made us laugh in the office, though that could be down to a complete lack of sleep over the last few years.

Taking direct control of English with a gamepad in place of directing with a mouse, SPIFFING features a mixture of physical and mental puzzles and often somewhat self-deprecating humour (blatantly plagiarised from/paying homage to everything from Monty Python to Hitchhiker’s Guide to the Galaxy). In short, it’s about as British as a game can be, in that it deftly undermines everything we hold dear about coming from this damp collection of islands in the darkest corner of Europe from start to finish.