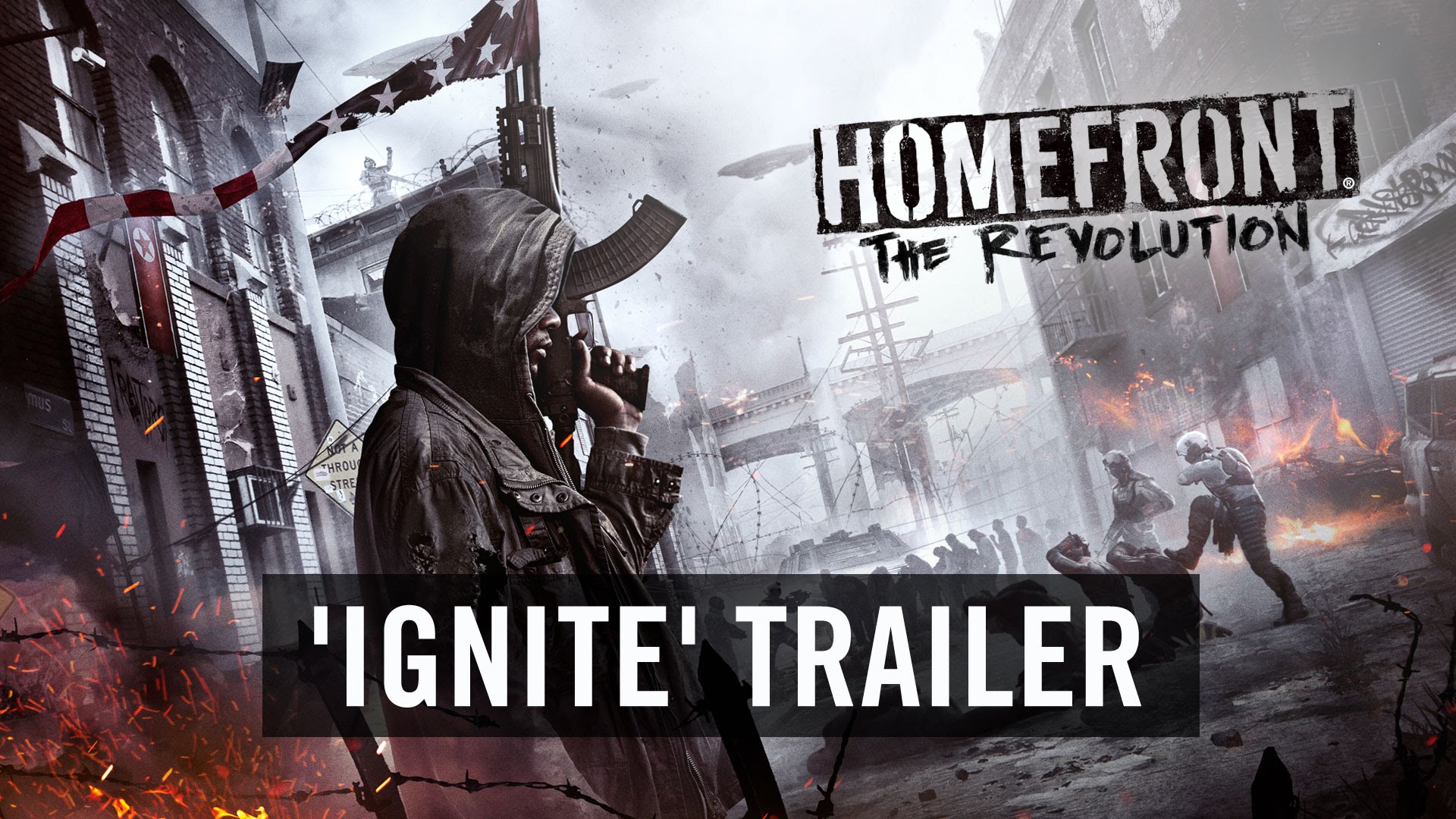 •Homefront: The Revolution Goliath Edition Includes
•A radio controlled scale replica Goliath’ Drone, with working lights and six-wheel suspension. The Apex-manufactured Goliath is one of the most fearsome weapons in the KPA’s Counter-Insurgency arsenal…
•An exclusive Steel Book
•A 32 page Art Book featuring Resistance-themed concept art and cutting edge Apex weapon and vehicle technology
•The Revolutionary Spirit’ pack
•The Homefront: The Revolution Expansion Pass, entitling access to major single player expansions – further information to be revealed at a later date

Homefront: The Revolution is the follow up to the commercially successful Homefront, and drops you into a world where the United States has been occupied for four years. Immerse yourself in highstakes gameplay where you must lead the resistance movement in tactical guerrilla warfare against a superior North Korean military force. A living, breathing, and visually striking open world responds to your actions – you and your resistance cell can inspire a rebellion on the streets and be the force that makes the critical difference in the war, turning occupation into revolution as oppressed civilians take up the fight.

But your enemy has the advantage – superior technology, firepower, heavy armor and air support. You must learn the art of guerrilla warfare – ambush, sabotage, infiltration, deception – and fight a running battle through the war-ravaged suburbs of an occupied Philadelphia. And the single player campaign is just the start – an incredibleCo-Op feature lets you and your friends form your own resistance cell and become renowned as Heroes of the Revolution.

Features:
•Explore a living, breathing open world – experience true open world gameplay in a first person shooter, brought to life with dynamic weather and day and night cycles enabled by astonishing CRYENGINE-powered visuals
•Wage Guerrilla Warfare – this is no linear shooter; learn the art of guerrilla warfare and use ambush, infiltration and hit and run tactics against your foe in thrilling un-scripted firefights
•Build the Resistance – recruit revolutionaries to the cause, establish bases and safehouses, capture and customize a deadly arsenal, and build improvised, homebrew weapons for your Guerrilla Tool Kit
•Ignite the Revolution – from oppressed citizen to revolutionary leader, an epic single-player campaign tells the story of the second War of Independence. The dynamic, evolving world responds to your actions as an oppressed nation rises up in defiance against the occupation
•Online Co-OP – take the battle online, form a Resistance Cell with your friends and earn your reputation as Heroes of the Revolution