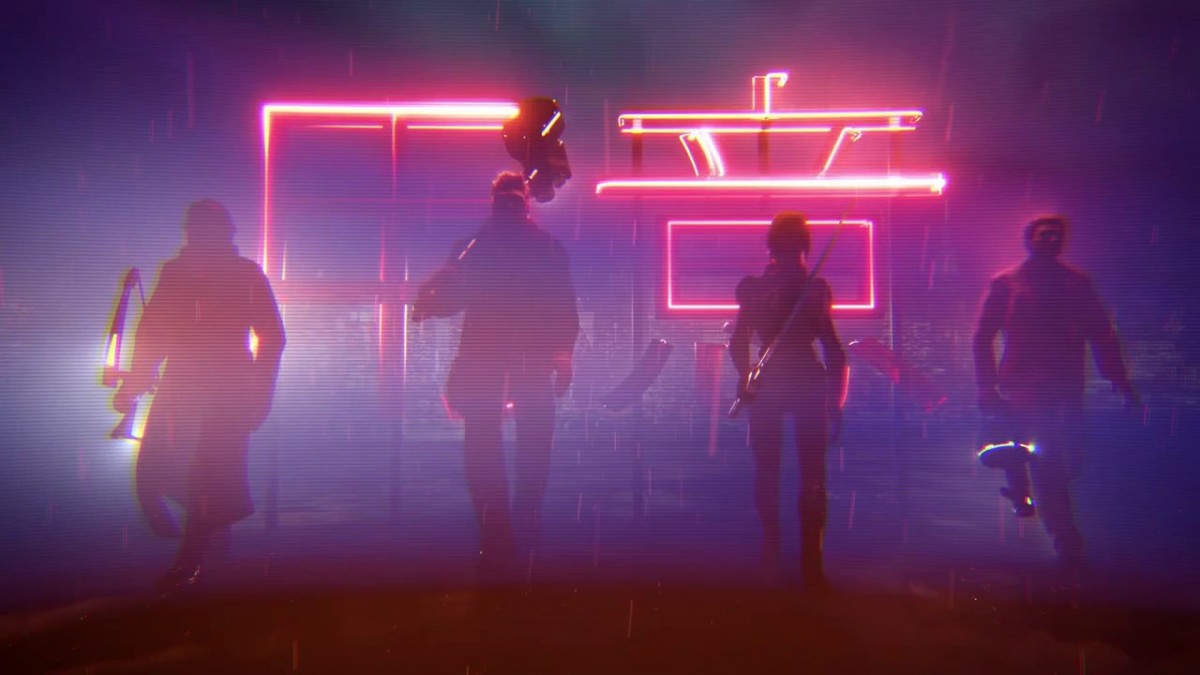 Step into the ring and annihilate the competition with a combined arsenal of lethal weaponry and superpowers. Wield katanas, rocket launchers, crossbows, and other deadly arms in lightning-fast matches that support up to four players both locally and online with cross-platform matchmaking. Upgrade characters between rounds by drafting from a range of transformative perks that amplify one another, open up new strategies, and create destructive combinations.

Hyper Jam’s furious tempo rewards constant movement, but mind the surroundings while dodging incoming attacks and pursuing enemies. Each stage features environmental hazards, like the Miami hotel’s treacherous ledges or Neo-Tokyo’s speeding subway trains, that can neutralize a player as quickly as any weapon.

Once dispatched, a fallen player can fire laser strikes at their living counterparts to finish them off. They will also receive priority over the others when drafting perks for the next round, giving underdogs an opportunity to come back after the leaders with their preferred powerups. Winners will have to make do with whatever is left – and to pull off an ultimate victory after reaching the score limit, they will need to outlast everyone in one final round to become champion.

Drawing inspiration from the ‘80s in more ways than one, Hyper Jam pairs its retro-futuristic visuals with a killer synthwave soundtrack featuring familiar tracks from Carpenter Brut, Dance With the Dead, and other favorites that echo the intense gameplay on-screen.