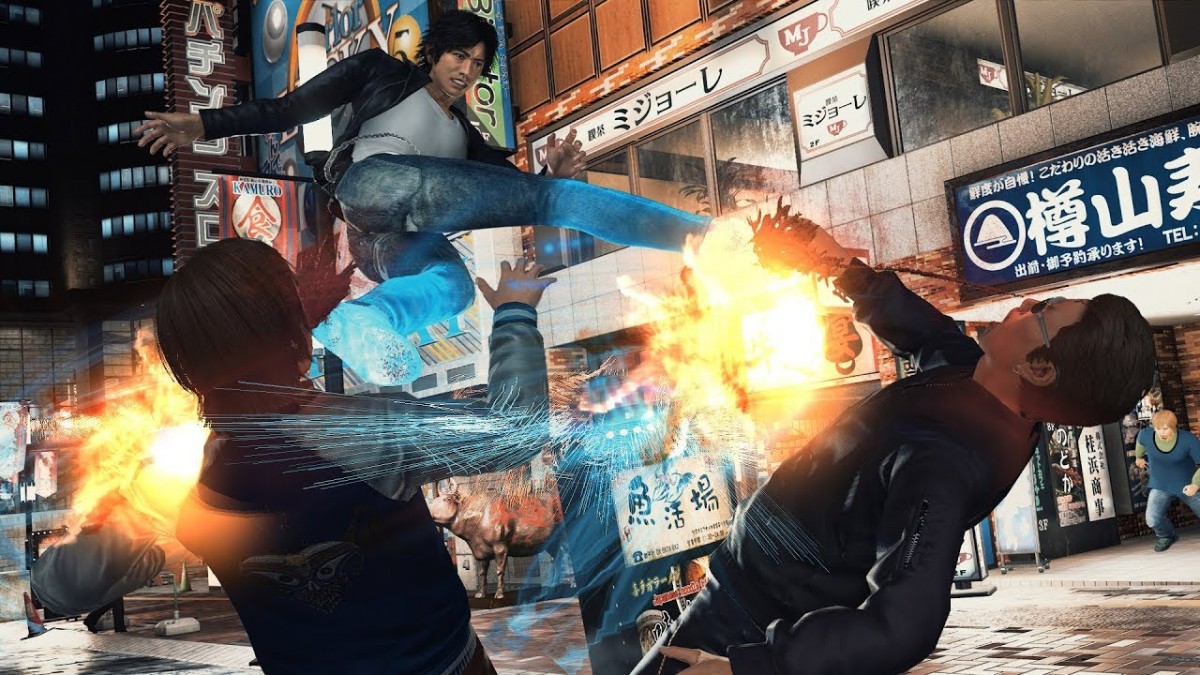 Takayuki Yagami’s search for the truth only ends when he says it does.

Physical editions of Judgment include a reversible cover featuring the original Japanese cover art for the game, along with a Ryu ga Gotoku Studio sticker. Players who pre-order the digital edition of Judgment will receive a static theme featuring the game’s stalwart protagonist, Takayuki Yagami, as a bonus upon checkout.

The main protagonist of Judgment.
A fiercely idealistic ex-defense lawyer turned private detective. After facing a devastating betrayal by one of his former clients, he became known as a fraud who lets murderers run free, effectively destroying his reputation.

Now he’s caught up in an enigmatic serial murder case and will need to push his investigative skills to their limit to solve it.

A former member of the Matsugane family, Kaito was expelled from the family and became an ordinary citizen. He now works as Yagami’s partner and uses his experience and connections with the yakuza to help him solve cases.

A fiercely competent prosecutor working for the Tokyo District Prosecutor’s Office. Mafuyu has a long history with Yagami; she continues to check in on him from time to time even after his career-ending incident.

An old-school lawyer who has taken on the role of overseeing Yagami’s growth since the start of his career.

Even after Yagami’s incident that forced him out of the legal world, Genda still looks after him and helps him find work from time to time.

A detective with Tokyo PD’s Organized Crime Division.
Ayabe is a crooked cop who withholds information on investigations for his own benefit, but often helps Yagami with his cases – for a price.

A detective with the Tokyo PD’s Organized Crime Division, famous for his leadership skills and high successful arrest rate in Kamurocho.

A talented officer who plays by the rules, Kuroiwa sees unknown elements like Yagami as a dangerous nuisance.