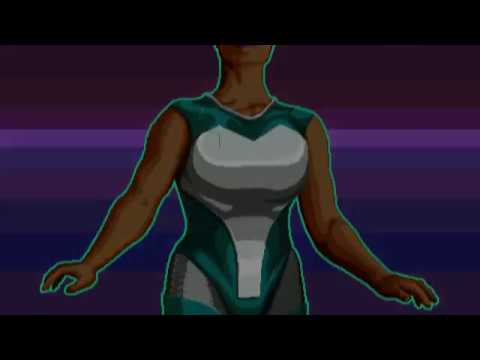 CAN YOU KITE?
“Kiting” is a gameplay strategy in which players run away from enemies while attacking them – as if they were flying a kite on a string. This mechanic was pioneered by Robotron 2084, the first “twin stick” shooter – although the term ‘kiting’ was originally associated with early MMOs.

RUNNING & SHOOTING
After the revolution, humanity’s combined efforts to meld cold robotics with nature have paid off. Earth has revitalized itself – and now the global utopia once thought impossible has become a reality. This biomechanical paradise has emerged thanks in no small part to a steady disarmament campaign.

Yet even in times of absolute peace, shadowy secrets lurk. Several weapon research facilities remain operational; hidden from the public eye, they’re kept alive as an ‘insurance policy’ against unforeseen threats. Within these clandestine halls, scientists work tirelessly to design powerful combat systems never before imagined by humankind. When a security breach threatens one of these secret facilities (Arch City), you’ll take control of the most advanced hardware ever developed – a Human-Operated Remote Droid prototype, or H.O.R.D. chassis.

As Mags – a well-equipped H.O.R.D. pilot – your mission is to preserve the blanket of peace surrounding the world. To do so, you’ll engage in the gunplay-ballet known as ‘kiting’ – dashing away from mobs of rebellious bots while blasting through lush, destructible environments.

Mastering the fast-paced combat style means the difference between being a survivor … and becoming scrap! With a variety of swarming enemies such as Charge Bots, Slice Bots, Bouncing Betties, Crab Bots, Hyper Turrets and Prox Mines in your way, surviving won’t be easy.

Utilize 100+ craftable weapons and items to enhance your battle Droid. Bring your combat capabilities to the next level by learning skills from a vast 76-point skill tree. Power up a slew of upgrades and special abilities – providing all the tools necessary to kite enemies into oblivion!

Experience the art and science of bot blasting in Kite!

KEY FEATURES
*   Smash and explode your way through destructible pixel art environments.
*   Craft over 100+ items and weapons with help from rescued scientists..
*   Customize by investing levels in a massive 76-point skill tree.
*   Enhance your battlefield prowess with a vast array of upgrades and special powers.