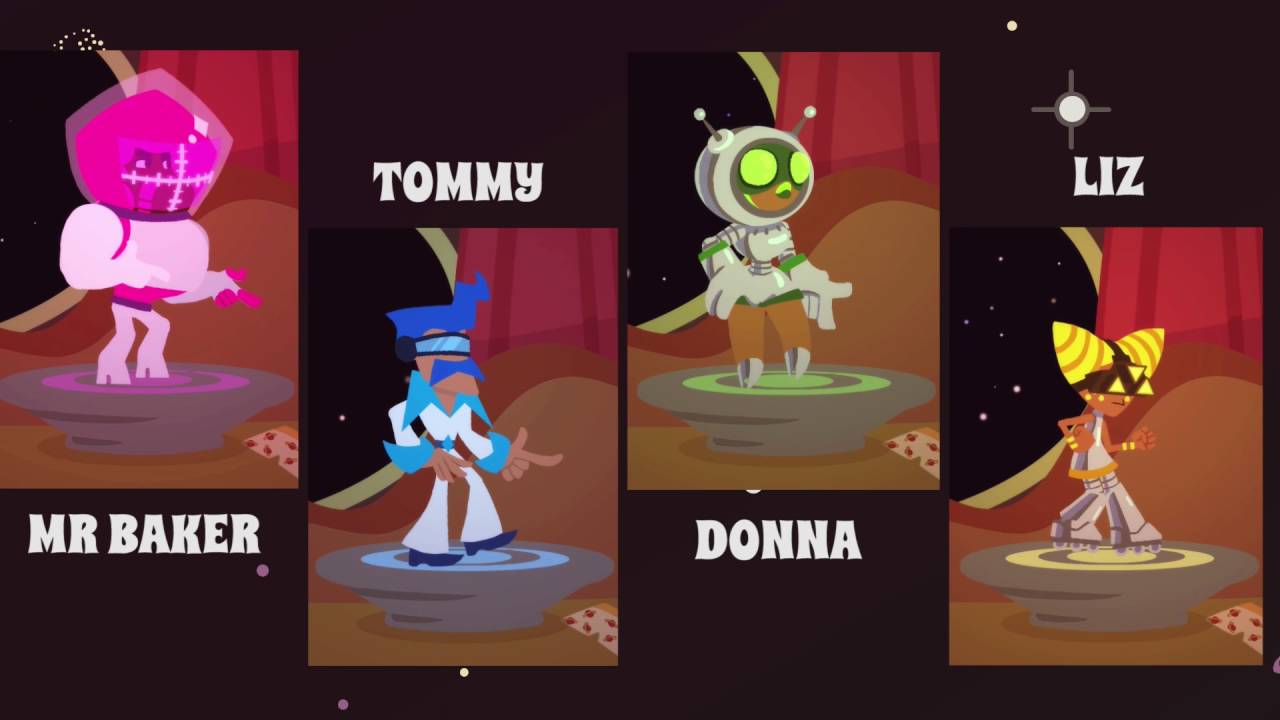 Laser Disco Defenders
The Intergalactic music contest is in full swing to decide who will win the mighty Mirror Moon. Whoever holds it can project their music across the galaxy and affect billions so a lot is at stake. Unfortunately the evil Lord Monotone has stolen it and is using it to wreak havoc on countless unsuspecting civilizations across the cosmos. Your task is to help the Disco Defenders fight their way to Monotone and get the Mirror Moon out of the grasp of his cold steel hands.

The game has a strong influence of the disco era. For those of us who have been around for long enough to remember, the outrageous disco costumes of the 70’s also had their nfluence in sci-fi movies – Laser Disco Defenders pays homage to that space, sci-fi and disco union.