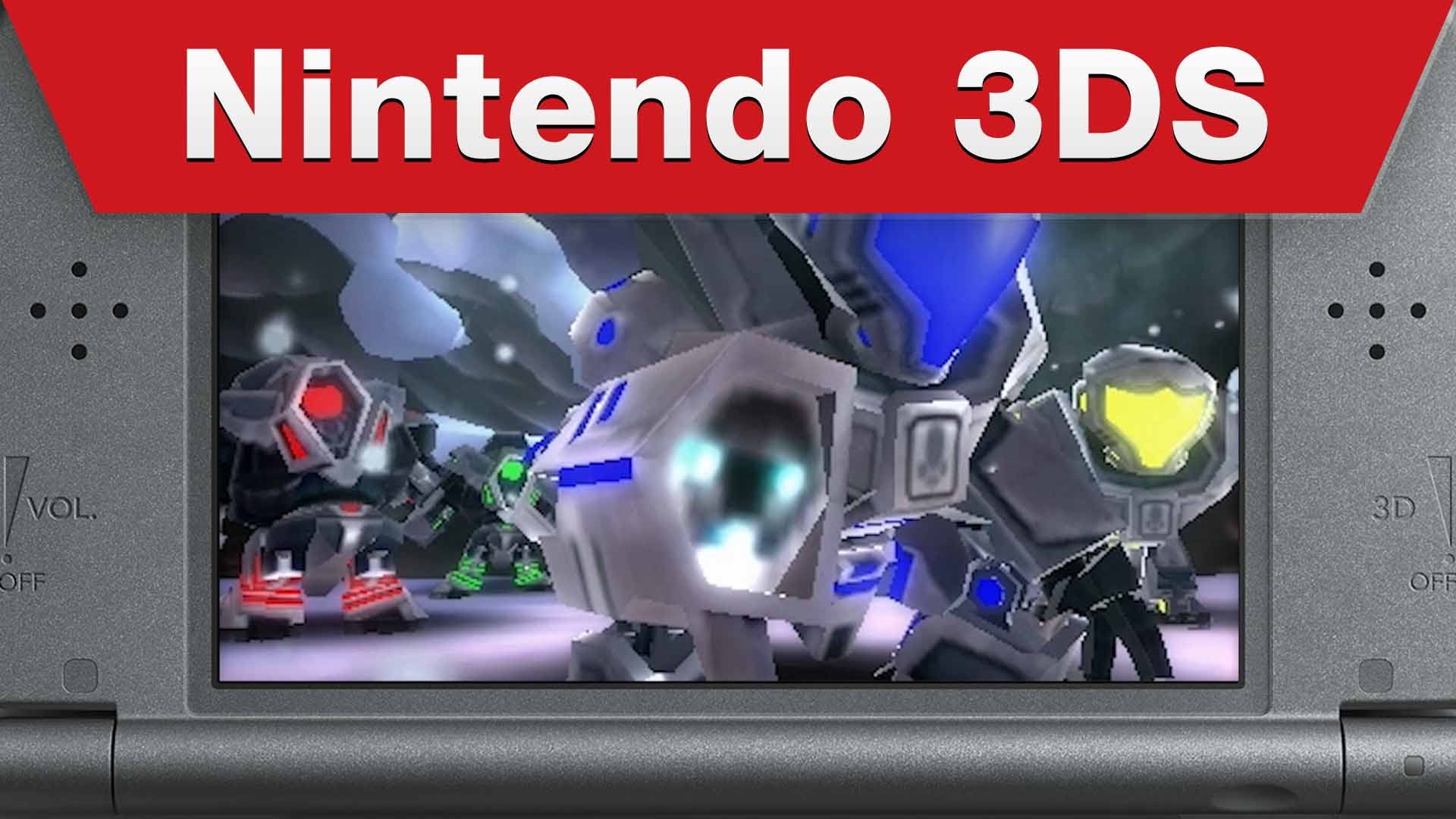 The galaxy is not at peace.
The war between the Galactic Federation and the Space Pirates is far from over. Enlist with the Federation Force to join a four-player* local or online** squad in this co-op sci-fi shooter. Fight alongside teammates in your specialized Mech to eliminate the Space Pirate menace and any threat that stands in your way.

Make it a solitary mission or join 3 friends* for increased firepower and deeper strategies. In each mission, you’ll choose your role on the team by selecting from different subweapons and MODs to customize your Mech and maximize your chance of survival. Whether you focus on healing allies or increasing your arsenal, your greatest asset is teamwork. Work together, tackle missions, take down bosses, and defeat hostile creatures as one powerful unit. The dangerous Metroid™ universe is now at your mercy. Honor your vow to protect it and fight back…before there’s nothing left to fight for. The next chapter in the Metroid Prime™ saga is here.

• Up to 4 players take on a variety of co-op missions in this first-person, sci-fi shooter set in the Metroid™ universe
• Work solo or together as a team to clear out enemy-infested bases and complete objective-based missions against the Space Pirate menace
• Customize your Mech with MODs and subweapons to define your role on the team
• Discover the futuristic bliss that is Metroid Prime™: Blast Ball, a 3-on-3 sci-fi sport in the Metroid universe where players literally shoot the ball into their opponents’ goal to score
• Aim using the Nintendo 3DS™ system’s gyroscope or use the C-Stick on the New Nintendo 3DS system for dual-analog control