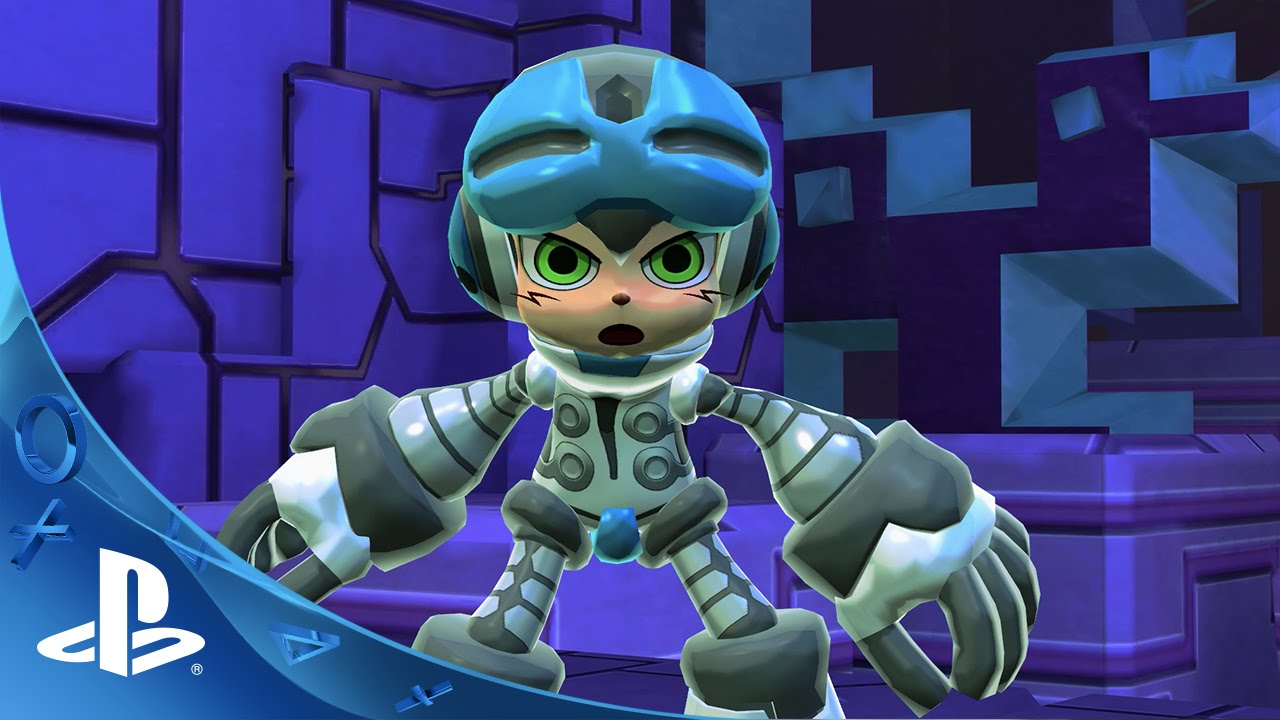 From famed Mega Man creator creator Keiji Inafune comes Mighty No. 9, a side-scrolling action game that takes the best aspects of the 8- and 16-bit era classics you know and love, and transforms them with modern tech and fresh mechanics into something fresh and amazing!

You play as Beck, the 9th in a line of powerful robots, and the only one not infected by a mysterious computer virus that has caused mechanized creatures the world over to go berserk. Run, jump, blast, and transform your way through a variety of stages, tackled in any order you choose. Our hero Beck earns new weapons as he defeats each of his fellow Mighty Number boss robots, but more than that, his body itself can also reconfigure into new shapes, allowing for all kinds of new skills and abilities! Using weapons and abilities stolen from your enemies, you must take down your fellow Mighty Number robots and confront the final evil that threatens the planet!

• CE includes individually numbered 6.5″ figurine of Beck with 3 interchangeable faceplates and 14 points of articulation, foil signature of legendary game creator Keiji Inafune on packaging, and Launch Edition of Mighty No. 9 w/all pre-order bonuses
• Retro Hero Pre-Order DLC – Packed in with all Launch Editions of Mighty No.9, the Retro Hero DLC lets you play as a retro-inspired version of Beck, complete with 8-bit sound effects and the ultimate challenge – 1-Hit Death Difficulty
• Free Poster/Artbook Inclusion – All retail copies of Mighty No.9 will include a 30+ page art book as well as a double sided poster featuring exclusive artwork from the game.

Features
•Classic 2D Action: Transformed! Face off against your 8 Mighty brethren and unlock new transformations as you defeat them, granting you completely different skills and abilities!
•Play through 12 Challenging Stages in a single player campaign that will put both your thumbs and action platforming abilities to the test!
•Unlock the New Game+ to add an additional two extra difficulty levels for those who want an even Mightier challenge.
•The Single Player Challenge mode with dozens of mini missions will fully test your action platforming skills.
•Boss Rush Mode: Play through each of the game‘s bosses, back to back, with a clock ticking to keep track of your best time, so you can share, compare, and show off your skills to your friends and frienemies alike!
•Toggle between regular and 8-bit music: this game is a veritable who’s who of veteran game composers – Manami Matsumae, Takeshi Tateishi, Ippo Yamada, so tap into that retro vibe! Mighty No. 9 features an optional chiptune version of the entire game soundtrack which you can toggle on and off!
•Leaderboards & Rankings: Use Beck’s Absorption Dash skill in tandem with his abilities & transformations to chain together combos and perfect your run-throughs to earn those glorious high scores and elusive S-Ranks!
•2 Player Online Race Battle: Show the world how Mighty you are by competing online, racing through each stage together in a head to head battle!
•2 Player Online Co-Op Challenge Mode: take on over a dozen missions online with a friend, playing as Beck and his partner, Call! Use Beck and Call’s different powers together in order to defeat these special challenges!