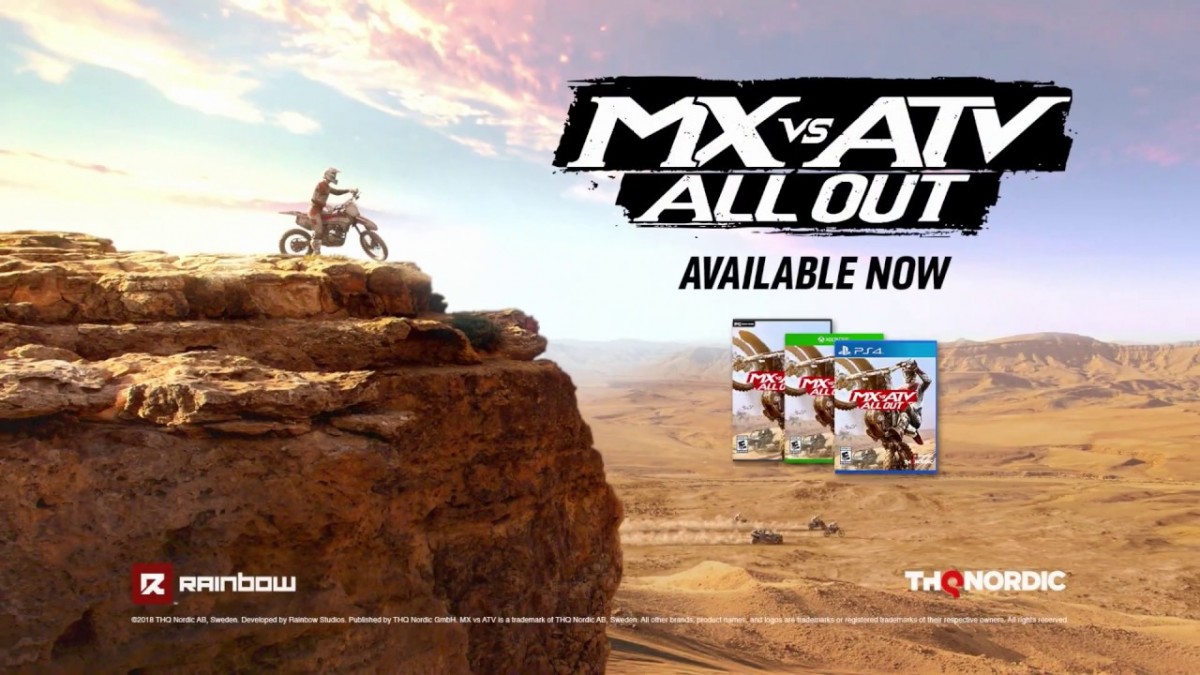 MX vs ATV All Out

MX vs ATV All Out delivers the ultimate off-road experience complete with bikes, ATVs, UTVs; massive, open-world environments to explore; competition modes for every type of rider; the tracks, the pros, the gear, 16-player online and so much more!

MX vs ATV All Out invites players of all skill levels to do it all – explore massive environments, compete in the best series events, ride freestyle and pull off insane stunts! All the bikes, tracks, gear, music, riders, personalities and even UTV’s are packed in!