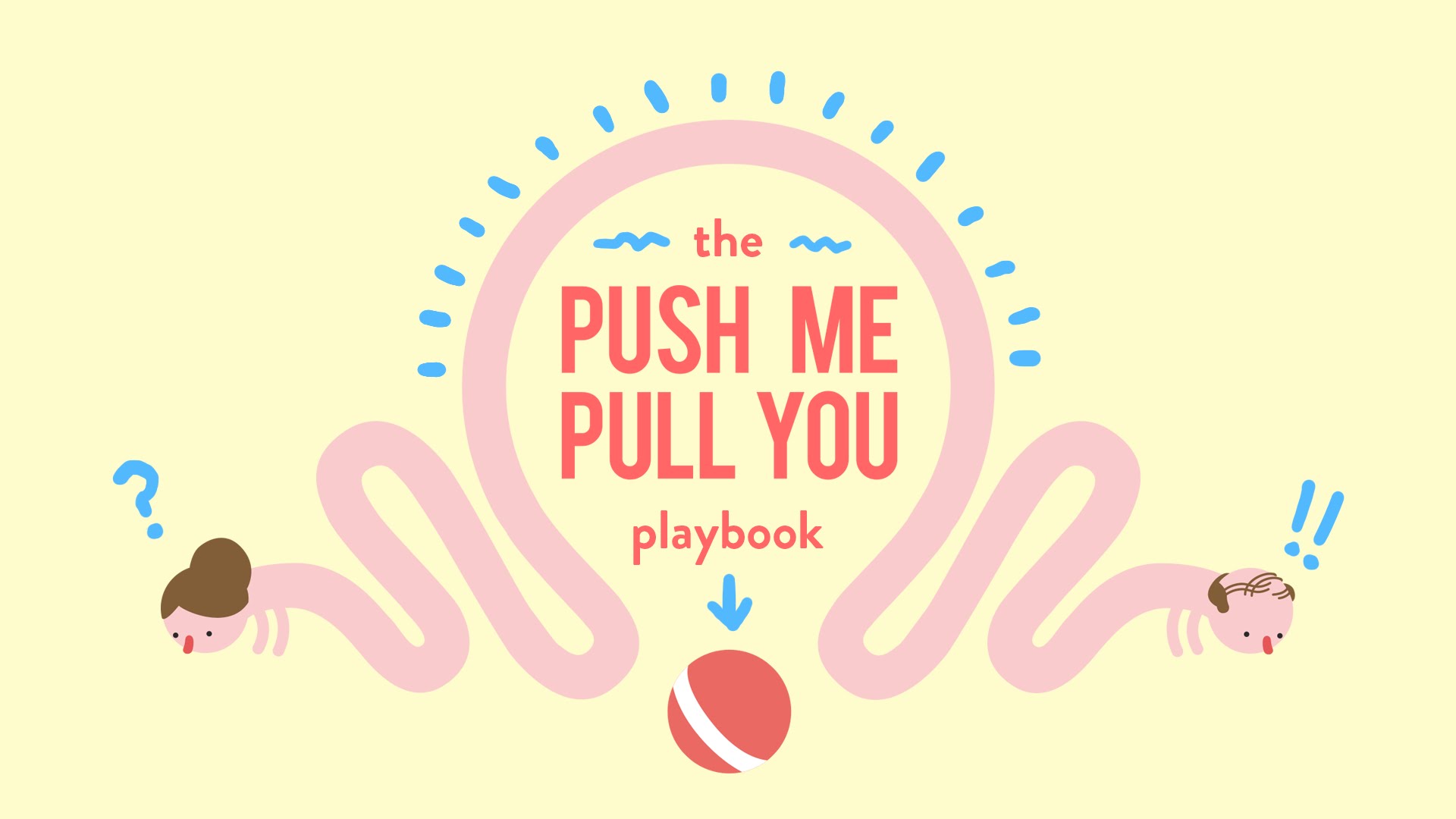 Push Me Pull You is a videogame about friendship and wrestling. Joined at the waist, you and your partner share a single worm-like body and must wrestle the other sports-monster for control of the ball. It’s a bit like a big hug, or playing soccer with your small intestines. With every action affecting both you and your partner (and mandatory shouting) PMPY combines the best parts of 2v2 local multiplayer with the worst parts of your last breakup.

•Local multiplayer: a competitive, same-screen sports game for 2–4 players
•It’s gross: experience the grotesque and hilarious physicality of a two-headed tube of muscle and skin, as you collide and coil around your fleshy opponent
•A game about friendship: since you’re sharing the same body, you’ll need to carefully communicate (or just shout a lot) with your partner as much as possible in order to coordinate and win
•Shifting, tactile gameplay: through frantic play, the players’ bodies dynamically grow, shrink, stretch and twist, creating a constant back-and-forth where new tactics continually emerge
•Customise your character: create a unique character before the game starts (then push its face into your opponent’s long, fleshy torso)
•Accessible yet deep: the game’s simple mechanics mean that it can be picked up by anyone, but it contains a competitive depth that grows over time as new formations are invented and strategies evolve

Reviews
“Push Me Pull You stands out as the best — and certainly weirdest — in the [couch sports] genre’s newest wave.”
– Sam Machkovech, Ars Technica

“I don’t think I stopped laughing for one second during the multiple rounds we played.”
– Chloi Rad, Indie Statik

“a new sports-game that exists somewhere in between Hokra and Noby Noby Boy — aka directly in my ever loving heart”
– Brandon Boyer, Venus Patrol

“laugh and yell and nudge and be visibly repulsed. That’s about everything I want from a local multiplayer game.”
– Alice O’Connor, Rock Paper Shotgun