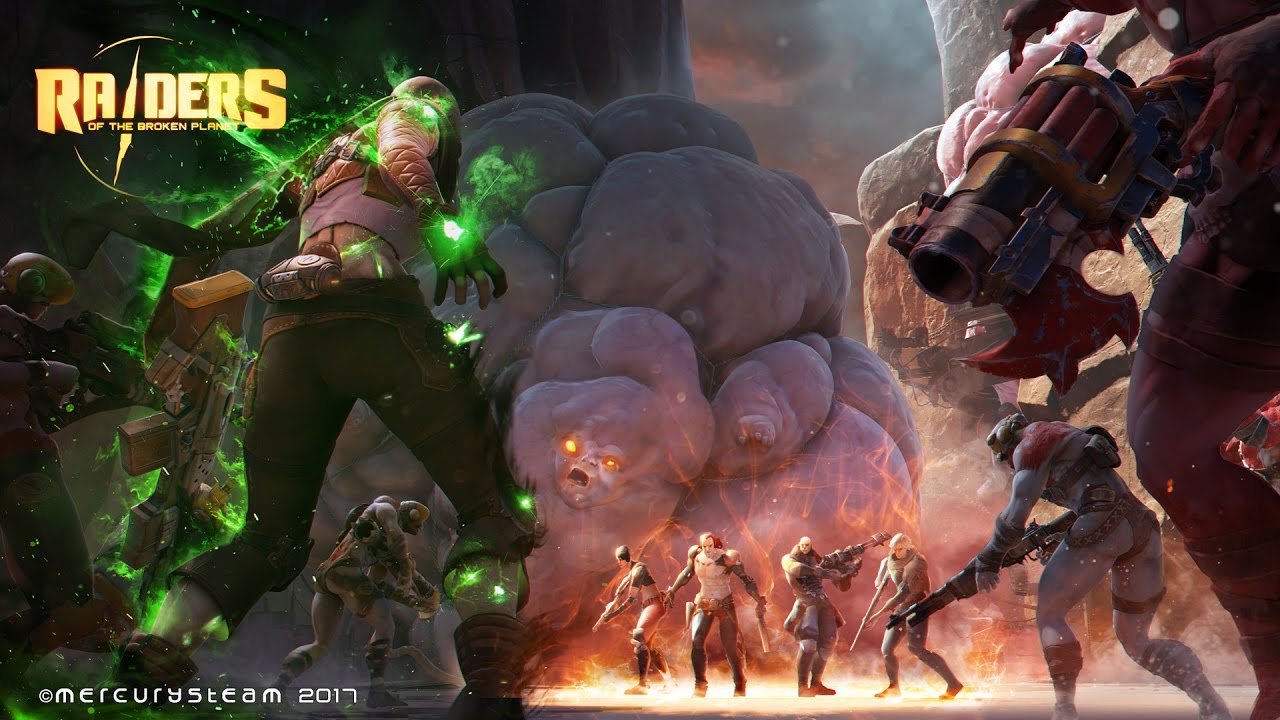 Raiders of The Broken Planet

An incredible discovery on one of Saturn’s moons leads a force of humans to a broken planet on the far reaches of the Universe. A source of energy called Aleph exists there that grants ultimate power to who ever controls it.

However, after becoming trapped on the planet, the human forces split into factions and fight amongst themselves for supremacy and dominion over the Aleph. The peaceful inhabitants of the planet decide enough is enough and a hero emerges amongst them who hopes to lead his people to freedom.

Using nefarious means and exploiting the disunity amongst the human ranks, Harec recruits a rag tag group of rogues, outlaws and hired guns from the various factions and pits them against those who would destroy his people.

Raiders of the Broken Planet is a brand-new take on the shooter genre. Through its 4 vs 1 counter-operative campaign, you experience both sides of the story: Join the Raiders in their fight to free the legendary Broken Planet, OR switch sides as the lone Antagonist and fight the Raiders on your own alongside the invading hordes! It’s high risk, but comes with special bragging rights. After all, war is business, and business is booming.