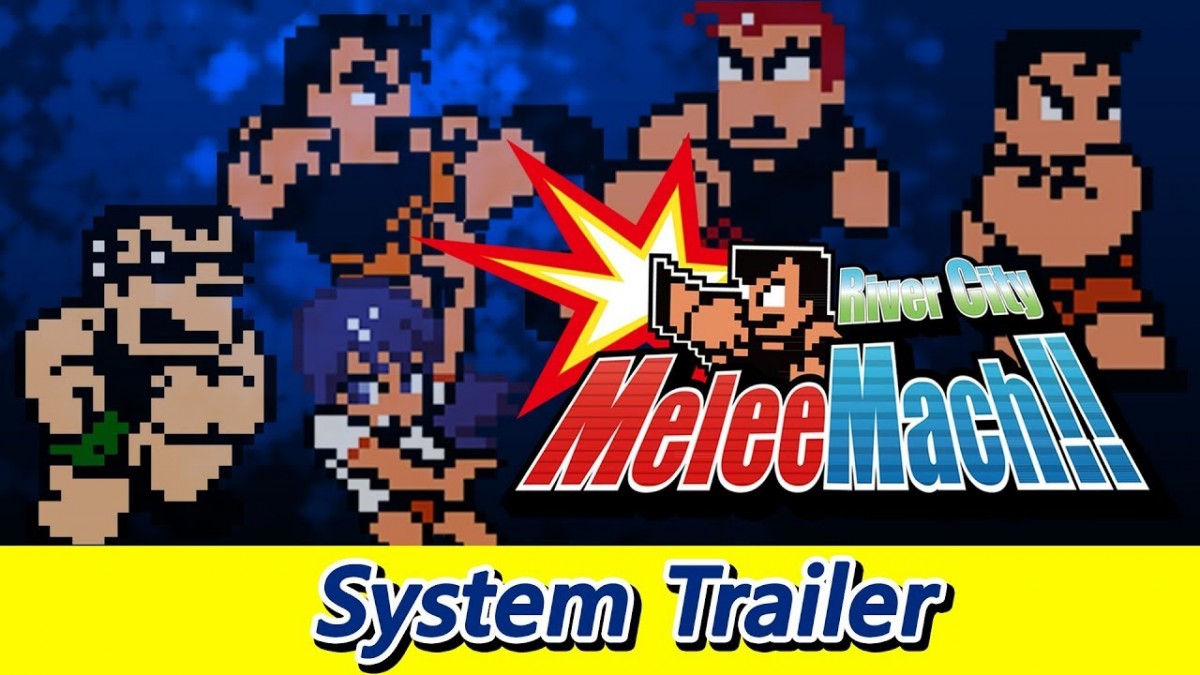 River City Melee Mach!! is a significant update to River City Melee: Battle Royal Special, a 2D hot-blooded fighting action game, where four players choose from a multitude of teams to duke it out in an anything-goes battle-royale brawl!!

A few days after the Great Athletic Meet held by Reihou Academy, posters about an “Anything Goes Martial Arts Tournament” were posted all over town. At the same time incidents of high school students being attacked were also happening. Suspicions grew that the attacks and the melee tournament were somehow related.

In order to uncover the truth, Kunio gathers up the strongest members of his hot-blooded high school to participate in the melee tournament…

River City Melee Mach!! Game Modes
Single-Player – Take on the fighting tournament, where you can discover every team’s story. Find out the truth about the organizer of the tournament, as well as what’s behind the violence in the city!

Battle Royale – Four fighters from four teams enter the battlefield with the goal to be the last man standing. The team with the most points in the end will be victorious.

Change Match – Everytime a character is knocked out, the next teammate steps in to continue the fight.

Endless Battle – Pick a character of your choice and get ready for a fight with no end in this mode. The game ends when your life bar is empty.

Online Battle – Fight against players around the world and make your own set of rules.