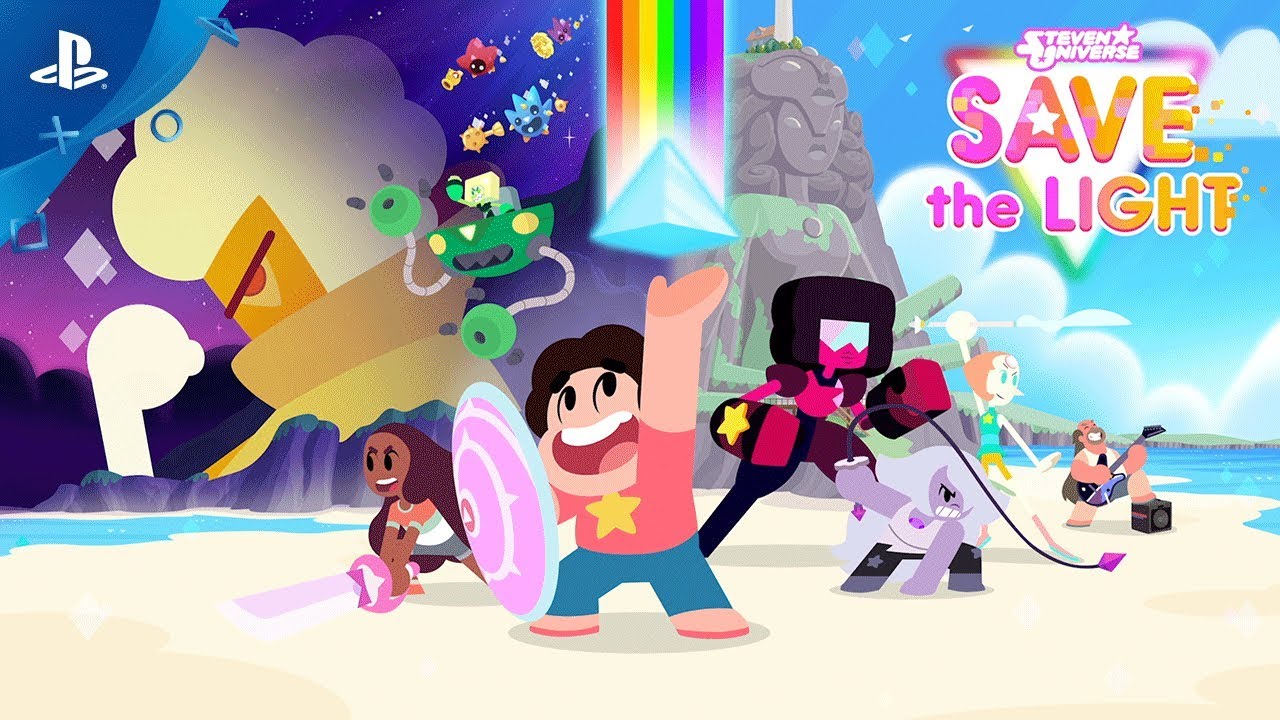 Steven Universe: Save the Light

A mysterious warrior has arrived in Beach City and stolen a powerful weapon — it’s up to the Crystal Gems to embark on the magical mission to end all magical missions! Steven and the Gems must travel far beyond Beach City, battle an army of creepy creatures, and stop a no-good Prism-snatcher in order to Save the Light!

Based on the Steven Universe cartoon world, Steven Universe: Save the Light is a unique RPG that combines elements of real-time and turn-based combat. Players can customize their party using many of the characters from the show as they play through an original story co-written by Steven Universe creator Rebecca Sugar.