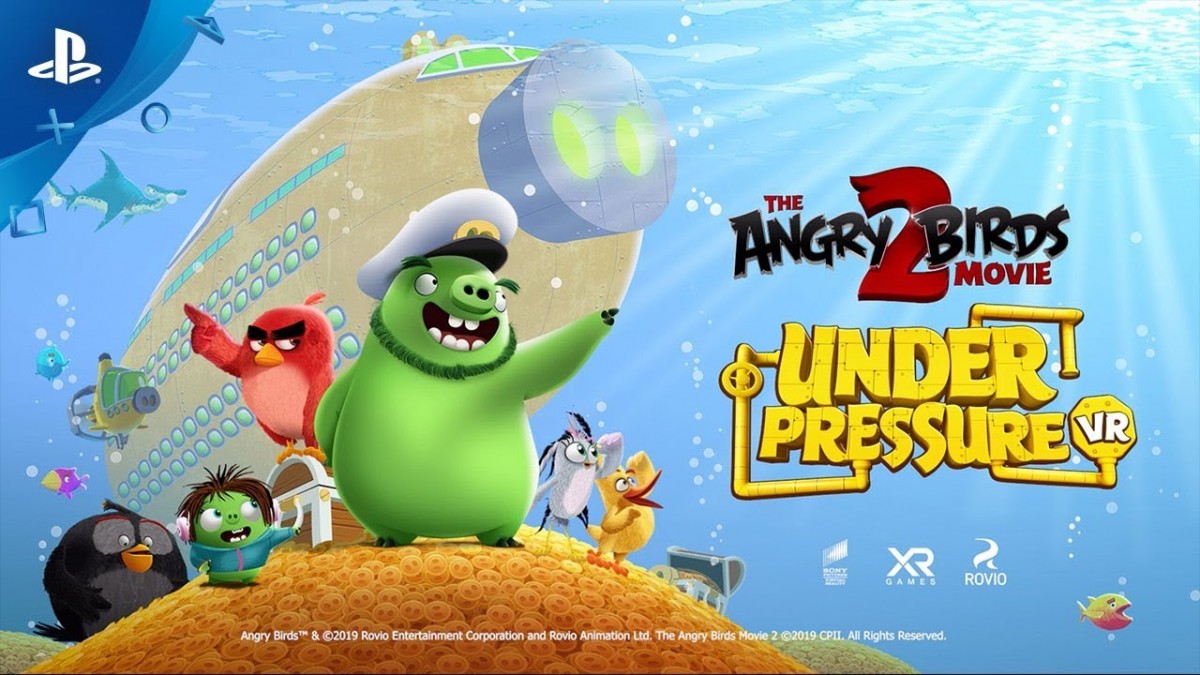 The Angry Birds Movie 2 VR: Under Pressure for the PlayStation®VR.

The game brings together up to four players to travel under the sea in a gigantic piggy submarine and face down the Eagles, a new threat.

A collaboration between Sony Pictures Virtual Reality, Rovio Entertainment and XR Games, The Angry Birds Movie 2 VR: Under Pressure takes players deeper into the story of the movie, The Angry Birds Movie 2. With a common foe set on destroying their respective islands, the birds and pigs struggle to set aside their differences to overcome this enemy.

To do this, players team up to captain and crew a submarine, tasked with protecting the vessel and guiding it across a series of levels to confront the threat head on at Eagle Island. With each completed level comes new challenges and some seriously high-pressure situations. The Angry Birds Movie 2 VR: Under Pressure uses PlayStation VR’s exclusive Social Screen platform for its couch co-operative multiplayer, as the captain surveys with the VR headset and up to three other crewmates scurry about the submarine using Dual Shock controllers and the TV screen.