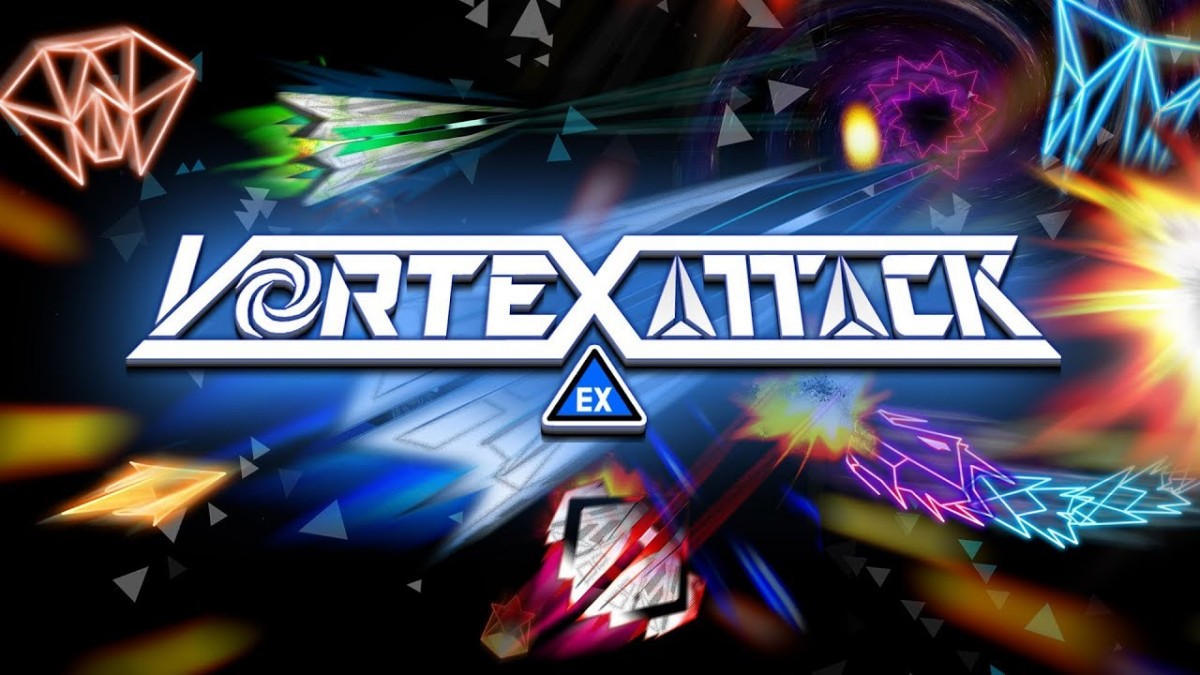 Earth is in danger – wormholes are appearing all around it, and alien enemy ships are swarming out of them. Several colonies have already been destroyed. It’s up to you to lead the offense against these black holes. Destroy your enemies, collect their ‘lumergy’ (as white triangles) to reverse the black holes’ dark energy and destroy them!

Vortex Attack EX has been designed to play against friends – lore is secondary. Beating the game or beating each others’ hi-scores in local / worldwide leaderboards is what the game is all about.

Playing with friends is a delight! Many an evening will be spent together, trying to beat the game, unlocking new ships (19 different unlocks) and 16 visual styles. There is a lot of re-playability through varying characteristics for different ships and different visual styles – the game can change dramatically! Picking the right ship for your skill level and then matching it to your friends’ in coop modes will keep you testing choices for a long time.
Fight the enemy swarms on your own or alongside one or two friends and destroy the vortices! The space is full of enemy ships.