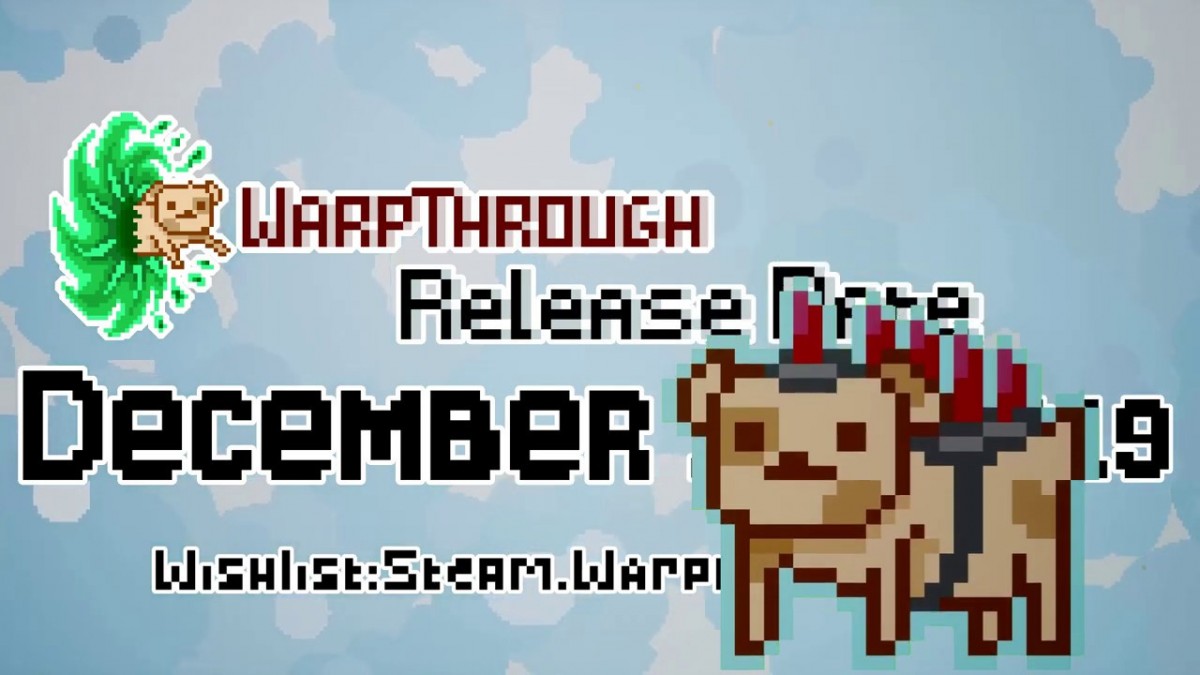 WarpThrough is a 2D arcade style platformer, where the goal is to jump from portal to portal in arena-style levels, warping through dimensions to increase your score. While doing so, inter-dimensional monsters spawn across the level, which need to be defeated before they overwhelm you. The catch? You can only charge up your attack while standing still!

WarpThrough includes a story campaign, as well as an arcade mode where players can choose any unlocked character and level. Both support optional local co-op and have some challenging achievements to hunt down. Additionally, there’s a weekly challenge mode that will test your skills to the max. The weekly challenge mode also features online leaderboards, meaning players can compete worldwide to see who is the true master of this new play-style.

Choosing between platforming to a portal or standing your ground to fend of foes means that every moment of WarpThrough is a frantic, tactical rush! You’ll begin the story campaign playing as Charlotte, an intrepid hot-headed teen able to take out monsters with fiery punches. Along the way, you’ll be able to unlock other playable characters like Charlotte’s scientist dad Manor, who has been able to create a warphole and leaves electrical traps to fend off enemies. There’s also Charlotte’s pal Ebbie, who comes equipped with her, very good boy, dog friend Ball, and their buddy Three, whose laser gun could be really useful in battle… if only he knew how to aim.