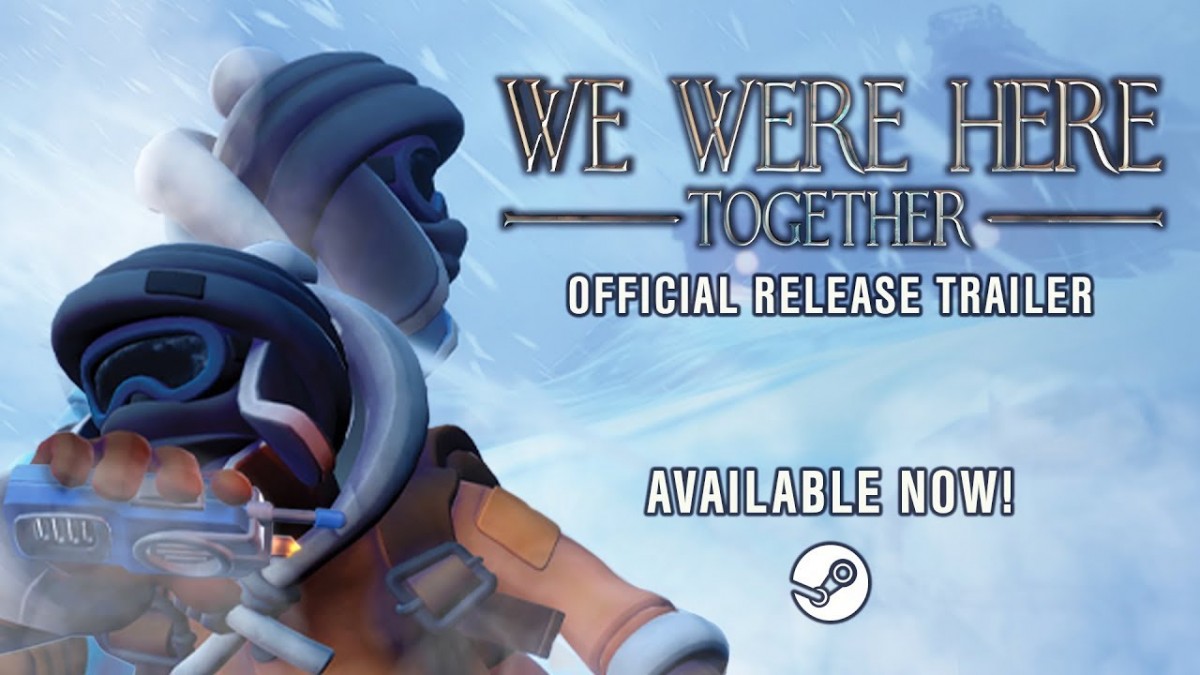 We Were Here Together is the latest entry in the We Were Here series and is the largest so far. Players must travel from the expedition base camp through Antarctica to reach the sinister Castle Rock. Once they’re inside, who knows what awaits…

Everything in the We Were Here series hinges on communication with your co-op partner. Every puzzle, every clue, and your ultimate success or failure will revolve around this communication – and this is why players keep coming back to the We Were Here games. Asymmetric puzzles give each partner different information, and challenge players to talk to each other and figure out exactly what information they have and how it might lead to a solution. You and your partner have nothing but your wits, a walkie-talkie each, and whatever you can find on your way. Observation, smart communication and teamwork will be the only way to escape from the sinister Castle Rock.

The third entry in the We Were Here series features new gameplay mechanics, locations, and puzzles. In response to fan requests, there is more emphasis on story than ever before, and several large environments to explore and solve puzzles within.

There are several innovations in We Were Here Together which will thrill returning fans and immediately grab first time visitors to the inhospitable Antarctic mystery which is Castle Rock.

The We Were Here Series

The games of the We Were Here series of co-op puzzle games are playable in any order, while still being connected. Earlier games We Were Here and We Were Here Too have been enjoyed by more than 2,000,000 players on Steam since their releases. Total Mayhem Games have big plans for their world of dark mysteries and complex conundrums. The story continues with the new game We Were Here Together later this year. Future episodes will bring more of the exploration and cooperative puzzle solving that gave We Were Here a 92% positive reception on Steam!