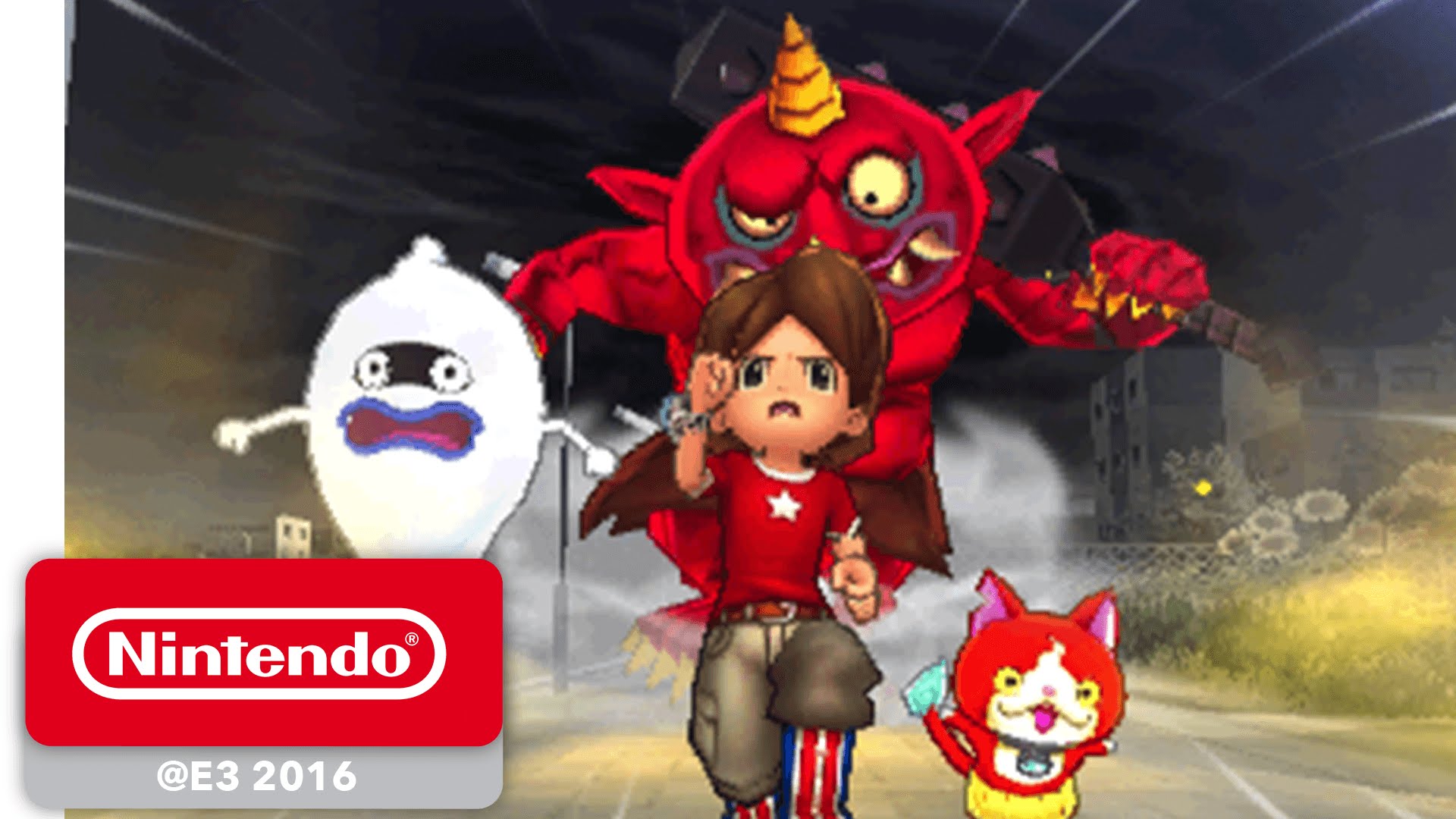 Yo-Kai Watch 2: Fleshy Souls
Watch out! The strangely charming troublemakers, Yo-kai, are back for an all-new adventure! Find, befriend, and battle more than 350 new and returning Yo-kai. Hop on a train to seek out new towns and new Yo-kai. Teaming up with the heroic cat, Hovernyan, travel back in time to save Springdale, and witness the origin of the Yo-kai Watch!

As the cause of all of life’s troubles, Yo-kai are hiding everywhere! Explore the seaside town of San Fantastico or the sleepy village of Harrisville in search of new Yo-kai to befriend. Then time travel 60 years into the past with a new hero – Hovernyan – to ensure the Yo-kai Watch Model Zero is created and your timeline is preserved! For the first time, battle friends* online or via local wireless to earn rewards for the main adventure. To earn more, guide a Yo-kai through an all-new 4-player co-op action mode! Plus, you can trade Yo-kai Medals with friends, too! Collect, detect, and connect real-world Yo-kai Watch YO-MOTION medals,** for use with the Hasbro produced Yo-kai Watch Model Zero watch**, and scan the codes on the back of the medals to get in-game content, like new Yo-kai, items, or other bonuses.
•Embark on an all-new adventure in Springdale with more than 350 new and returning Yo-kai to discover and befriend – each with a unique look, personality, and Soultimate Move

•Assemble your team of 6 Yo-kai on your Yo-kai Watch to battle troublemaking Yo-kai, solve people’s problems, and end a civil war between competing Yo-kai factions
•Touchscreen-based battle actions initiate powerful Soultimate Moves, purify inspirited Yo-kai, and heal your Yo-kai
•Ride trains to new surrounding areas, such as the countryside village Harrisville and seaside town of San Fantastico
•Travel back in time to discover the origin of the Yo-kai Watch and meet Classic Yo-kai from 60 years ago
•Befriend different Yo-kai depending on the version you play
•Team up with up to 4 players in Yo-kai Watch Blasters, an all-new action-based local multiplayer mode*
•Connect via the StreetPass feature with other players to discover Yo-kai you haven’t found in your game yet
•Challenge your friend’s team over the Internet* or local wireless in 2-player multiplayer battles
•Use the Yo-kai Cam to snap photos of your friends, and see what Yo-kai they’re like
•QR Codes® and Passwords will offer you in-game coins; use them on the Crank-a-kai to have the opportunity to get hard-to-find Yo-kai or other items
•Get one of three special Yo-kai (Buchinyan, Noko, or Komasan) by using data from the original YO-KAI WATCH game
•Additional quests and activities like bike races, Gate Globes, Baffle Boards, and more!
•The initial production run of the physical version of the game includes an exclusive Yo-kai Medal from Hasbro that gives Jibanyan a powerful new in-game Soultimate Move when scanned into the game