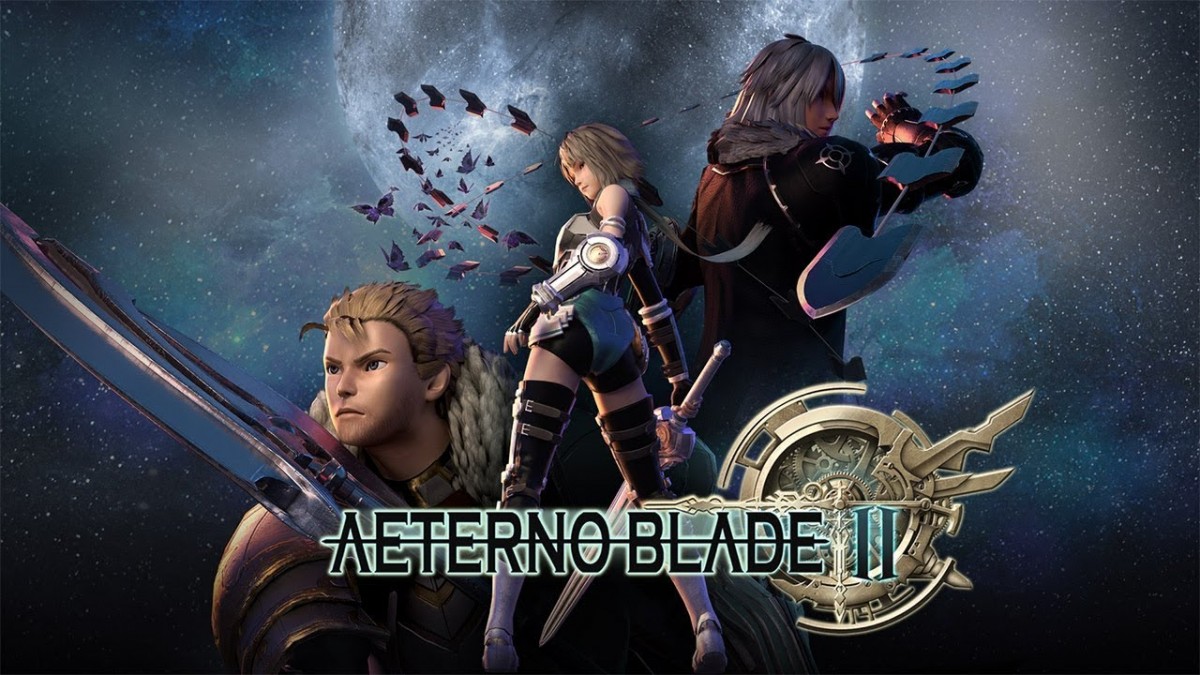 By letting players manipulate time itself in many different ways, the action puzzle-platformer puts an unique spin on its genre and wraps it all in a powerful story of fervor and fraternity.

The level design of AeternoBlade II combines clear and linear segments with a touch of Metroidvania, hiding optional paths with items and unlockable abilities for returning heroine Freyja and her new allies.

Likewise, the game’s story is a classic tale of warring powers in the universe, fighting over the control of the most powerful artifact in the universe. While there is no need to have played the prequel to get sucked into the story of AeternoBlade II, the developers hid quite a few nudges to returning AeternoBlade wielders!

However, AeternoBlade II combines time-proven features with modern quality of life elements. Frequent save points make for a fluid playthrough with modern combat design in a dynamic mix of 2.5D and 3D environments. If that wasn’t enough, two newcomers and their unique weapons are joining Freyja as playable characters, catering to different play styles: Felix and Bernard!

The inventive take on puzzle-platforming in AeternoBlade II adds completely new layers to the possibilities players are used to! Freezing, slowing, accelerating, rewinding time and the comination of them all will challenge your creativity.