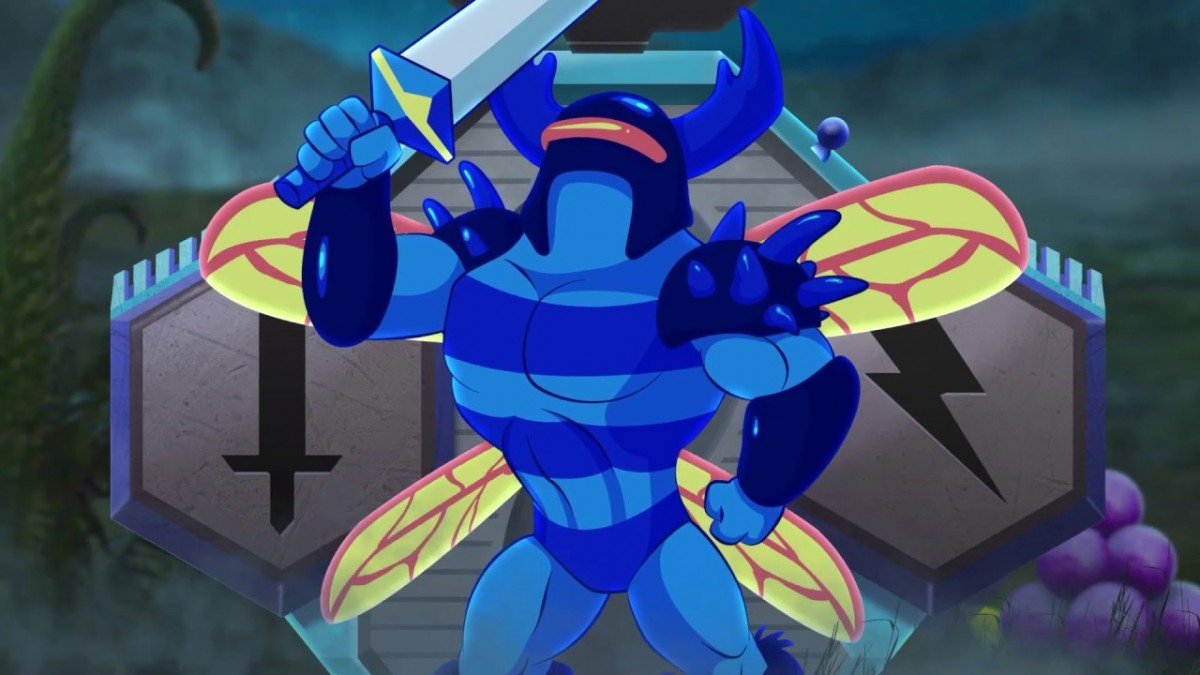 Killer Queen Black, the strategic action platformer , has triumphantly soared out of arcades.
Combining sports and combat into a thrilling 16-bit competition Killer Queen Black displays on a single screen like the games of the arcade golden era.  Each of the six maps are symmetrical to level the playing field. Both teams have their own hive and the maps are filled with berries, upgrade gates, and a single Snail in the center. Matches place two squads of four against one another, each with three Workers and one Queen.
Workers start off defenseless but specialize in adaptability. Fill up the team’s hive with berries to secure an Economic victory or hop onto a saddled Snail to creep into the goalposts and score a sneaky Snail victory. Or take a berry to an upgrade gate and transform into a Warrior capable of flight and wielding weapons including Swords, Morningstars, and Laser Rifles. Kill the opposing Queen three times to win a Military victory. The first to three victories of any variety wins.
Queens can fly and attack from the start, but they only have three lives. Take the fight to the other Queen directly and try to out-duel her. Defend the hive from pesky Workers aiming for Economic or Snail victories. Capture upgrade gates to stop the other team from transforming their Workers into Warriors.