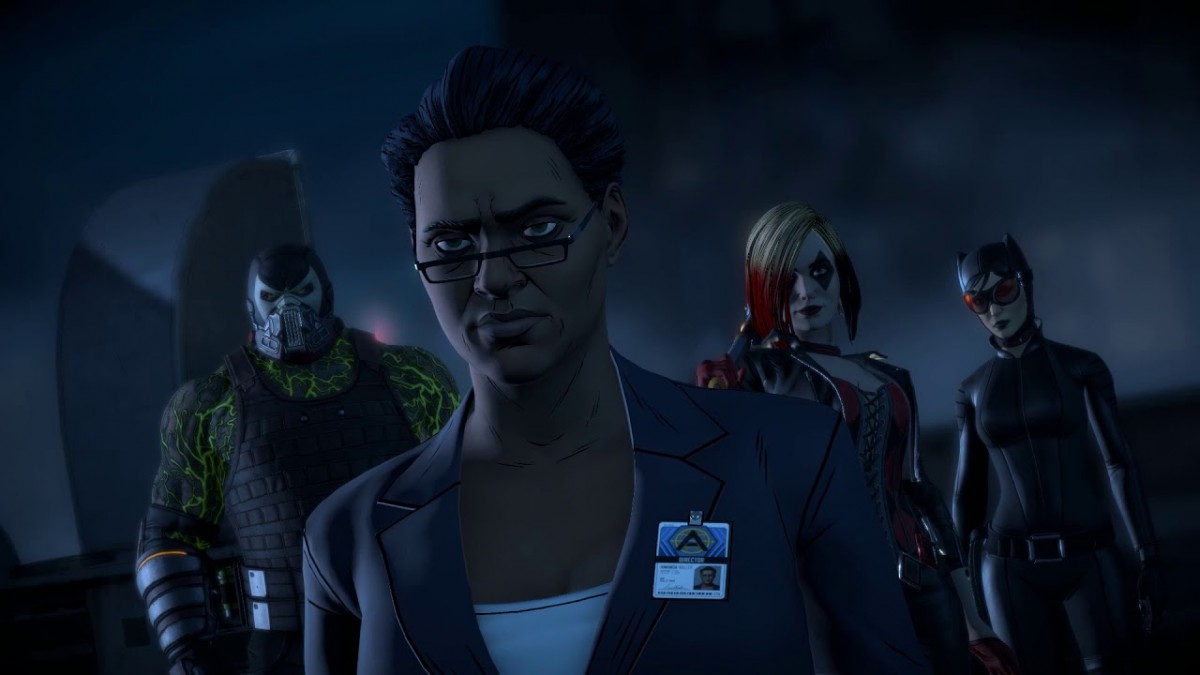 Batman: The Enemy Within, Episode Five – Same Stitch is fifth and final episode of the episodic game series that continues Telltale’s unique take on the World’s Greatest Detective.

Same Stitch features two totally separate takes on The Joker: one a ruthless villain that hews closer to the classic Clown Prince of Crime and the other an unpredictable vigilante that’s unlike any other portrayal of DC’s iconic Super-Villain. The choices players have made over the course of the season will determine which story – and which version of The Joker – they see in the finale.

In total, Same Stitch contains three and a half hours of content spread across two completely distinct storylines that share, at most, only three overlapping scenes. Each of those storylines includes further conditional variations that reflect players’ earlier choices and make Same Stitch, mathematically, Telltale’s “branchiest” episode ever.

Rendered to look like a living, breathing comic book, Telltale’s vision of Batman features an award-winning cast of talent including Troy Baker, who returns to reprise his role as Bruce Wayne, as well as Anthony Ingruber, who reprises his fresh take on ‘John Doe,’ better known to fans as The Joker.

Batman: The Enemy Within is a standalone product separate from the first season of Batman – The Telltale Series.