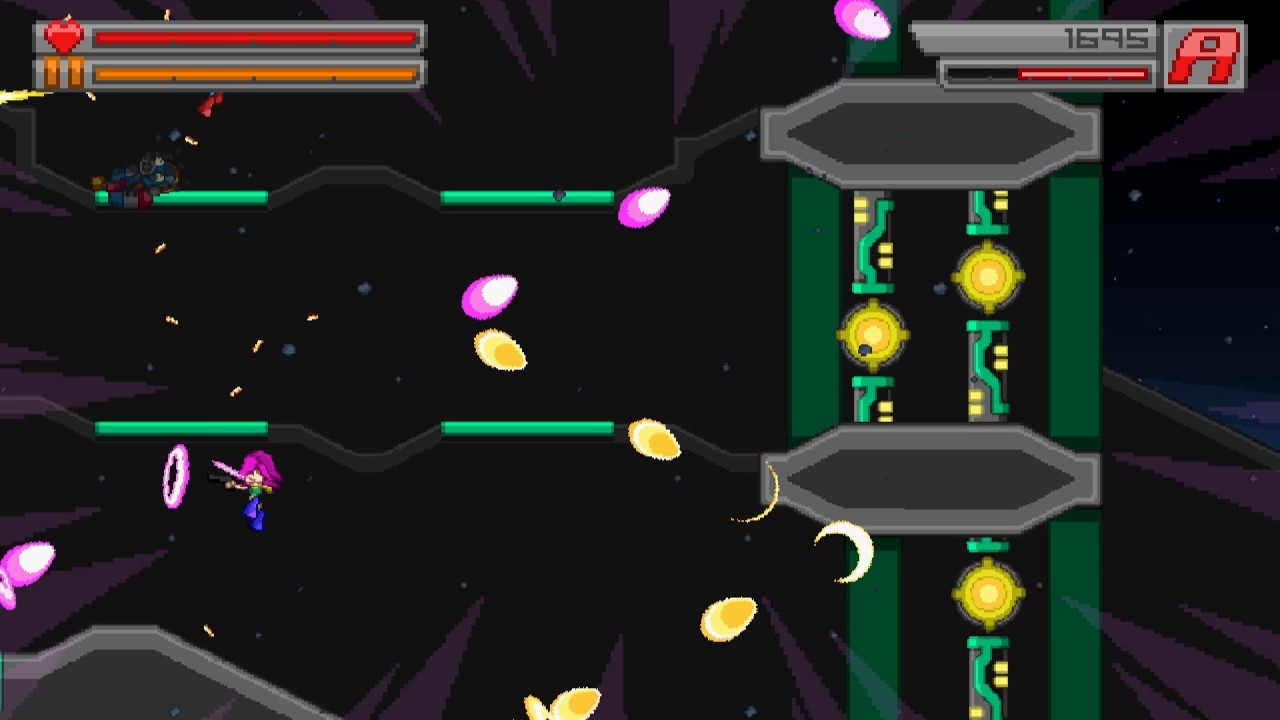 Bleed 2
Wryn is the world’s greatest (and only remaining) hero. Help her battle an invading force of villains and live up to her title as the Greatest Hero of All Time!

Bleed 2 is a relentless arcade action game featuring air-dodging, bullet-reflecting, and tons of bosses. The game features an original soundtrack by Jukio Kallio and sound design by Joonas Turner!

•7 levels containing over 25 boss fights
•Unique controls let you shoot, dodge, reflect bullets and slow time all at once
•4 difficulty levels that remix enemy placement and boss patterns
•Unlockable weapons, characters and abilities
•Arcade Mode: Tackle the game on one life to compete for leaderboard glory
•2-player local co-op for all modes (requires at least one gamepad)