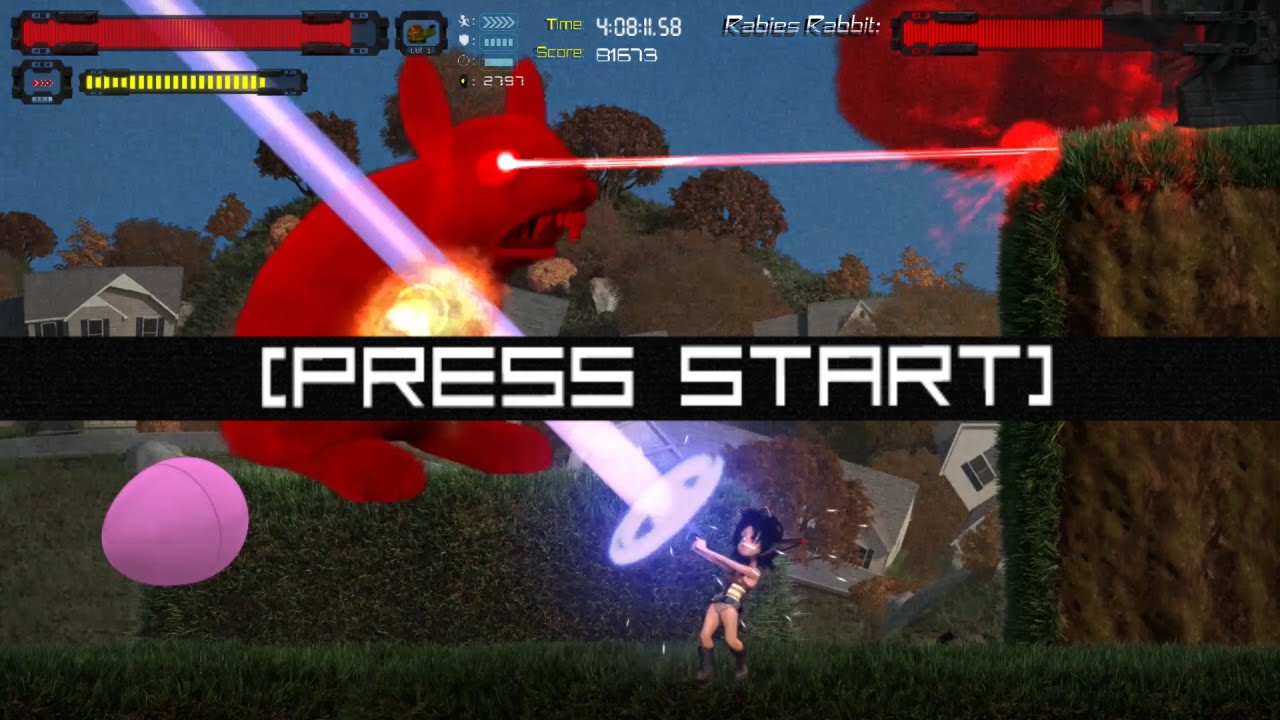 Daydreamer: Awakened Edition is the story of the last human who rouses from an eternal sleep to an unfamiliar Earth, since Aliens took over the planet thousands of years ago. The nameless protagonist was kept in a stasis chamber as a twisted relic to memorialize their victory. However, the mysterious Immortal Gate Keeper liberates her and sets her on a dangerous expedition to the Earth’s core. Be warned though-the aliens will do whatever it takes to get their trophy back, and the Earth is filled with frightening creatures that hunger for human flesh.

Daydreamer: Awakened Edition features:
•Twitchy Retro Gameplay – Those who live for intense side-scrolling, platforming, and shooting action will feel right at home, because players will shoot, whip, shield, jump, and warp their way to the Earth’s core. The design choices in the game harken back to gaming’s arcade classics!
•A Varied Combat System – With a dearth of different weapons and abilities at the daydreamer’s disposal, she will eradicate aliens with energy, homing, ray, helix, and flamethrower blasters, and melee mutants with her whips. She also has the abilities to shield against damage, warp to hard-to-reach areas, slow down time, and more. But they don’t come cheap-players must hunt for Psymatter in order to buy the weapons and items that will aid her along her hazardous journey.
•Powerful Pets – Psymatter also can be used to purchase/sustain a loyal pet companion to stay by your side to the death (or until you run out of Psymatter). From fuzzy turtles to vicious weasels, pets will offer invaluable support in varied forms to the daydreamer.
•Frightening Bosses – If normal aliens, mutants, robots, and bugs aren’t bad enough, the bosses of Daydreamer: Awakened Edition are truly terrifying to behold. The disturbing Mr. Smiles, the repulsive Grimeboy, and ferocious, but still kind of cute, Rabies Rabbit are just some of the creepy boss monsters brought to life in the game.
•Numerous Improvements – Since this is the Awakened Edition, that means there are a multitude of improvements and additions to the original release. Besides gameplay tweaks and balancing, there are now more difficulties, enhanced controls, improved combat, a ranked mode/leaderboard for the competitive, world map function, a brand new ending, and much more.
Daydreamer was single-handedly created by Roland Womack, who is the founder-and sole creative force-of indie development house Roland Studios. Inspired by the 8-bit era of classic arcade-style games, Womack incorporated their timeless appeal with his creatively twisted vision of Earth in this upcoming digital console title.