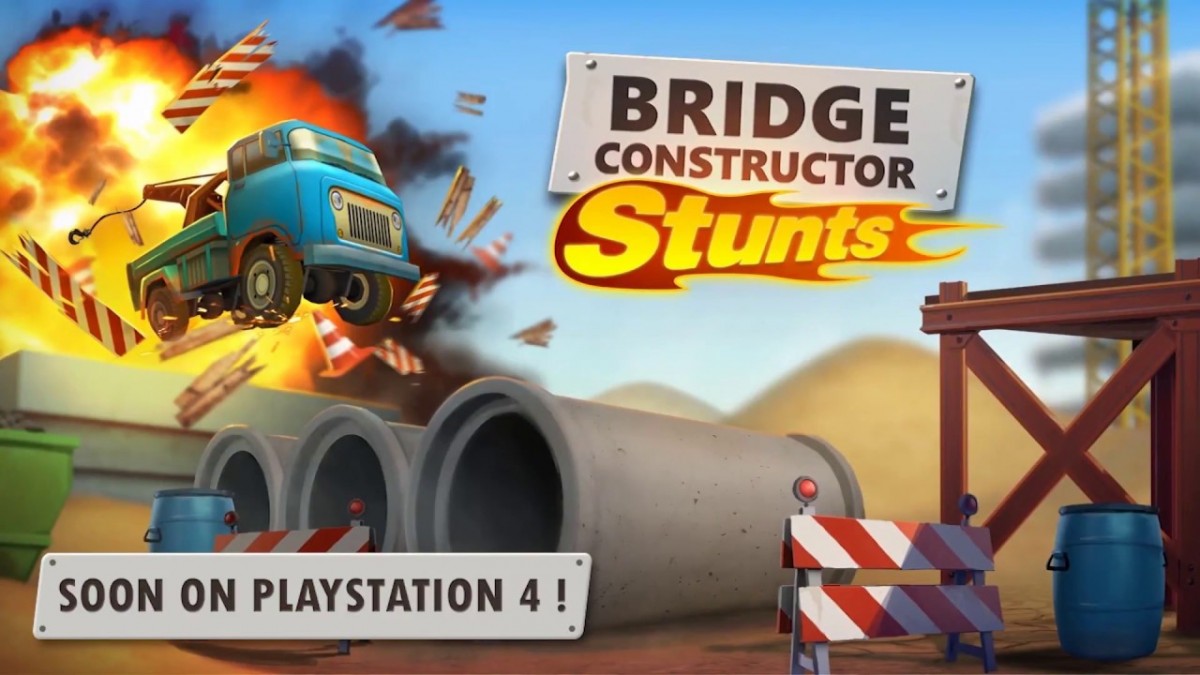 Stuntman and engineer in one? No problem with Bridge Constructor Stunts! Build imposing ramps and loops to reach your goal in the diverse stages. But building structures alone isn’t enough this time: you sit behind the wheel of the vehicles yourself and have to maneuver them skillfully to the goal. Collect stars, complete daredevil jumps, flips and spectacular stunts, leaving behind a trail of destruction!

Improved Construction Mode – Once again you have access to a variety of building materials with different properties. Numerous improvements make building even easier: simply convert a beam you have built into a road, and vice-versa. Additionally, you can now reposition your structures without having to build them from scratch.

Loose Screw! We have hidden some hard-to-reach screws in some of the levels. Find and collect them, and you might be able to put these screws to good use in the future…

The perfect game for let’s plays! Let the world be part of your most outrageous jumps!