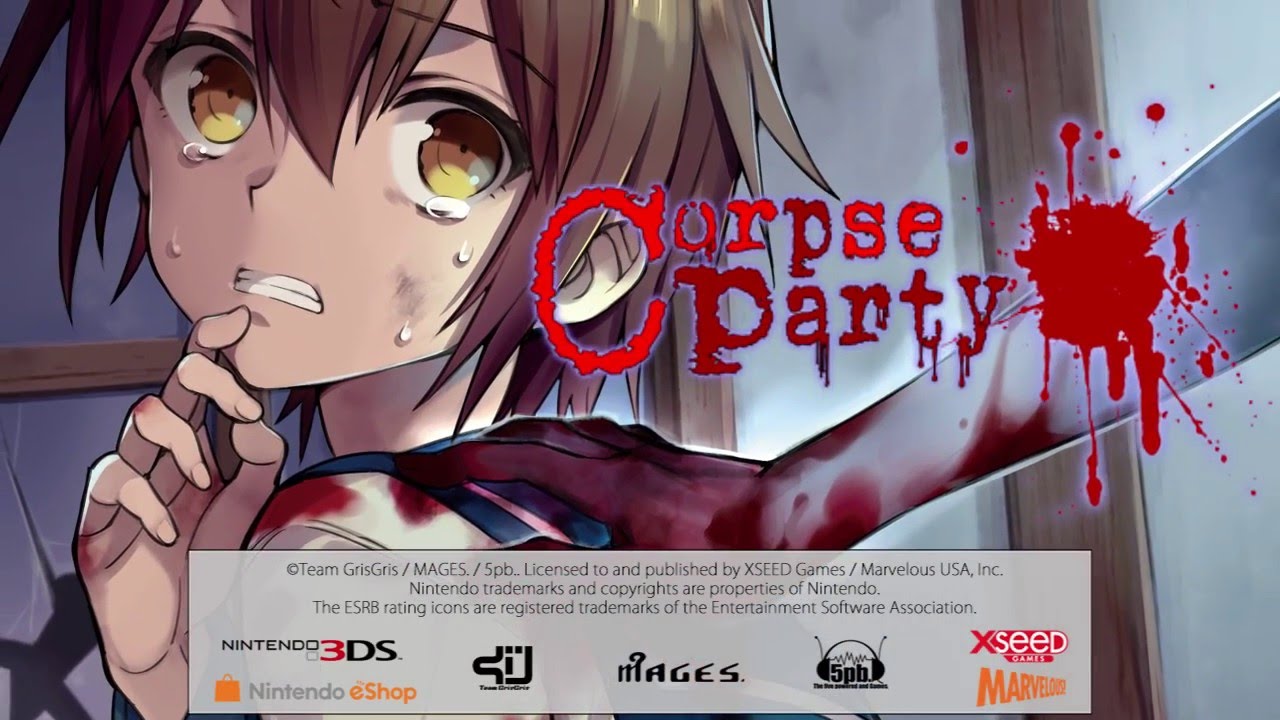 Corpse Party
Having previously gained a considerable fanbase when released digitally on the PSP system, this reimagining on the Nintendo 3DS system represents the first time the original cult classic horror title that spawned a new indie sub-genre will see a physical release in North America. Exclusive new features include 3D art stills, Touch Screen menus, four additional Extra Chapters, expanded story scenes, an in-game character encyclopedia, redrawn character sprites, and newly arranged music tracks. This is the definitive version of the classic horror tale that spans over 50 years of tragedy, where player choices determine both how the story ends and who lives to see it through.

Kisaragi Academy student Mayu Suzumoto is transferring to a new high school, leaving behind a sizable group of friends and countless lovely memories. To help her cope with this move, her friend Ayumi has devised a seemingly innocent plan: the whole group will come together to perform a charm she found on the internet called “Sachiko Ever After,” which is supposed to bind all of its participants together as friends to the end.

This does not go as expected.

Following an intense earthquake, the group awakens to find themselves separated and trapped in an alternate reality version of Heavenly Host Elementary School, a tragedy-stricken institution that once stood on the site of their own school but was torn down long ago. Here, the vengeful spirits of elementary-aged children threaten their lives and their sanity, and the only hope of survival – much less escape – is to uncover the chilling details surrounding the murders of those trapped before them.
•Highly Detailed Retro-Style Graphics Used to Enhance Atmosphere 16-bit-style 2D visuals modeled after the original indie game help create an intentional disconnect that sparks the imagination, leading the player to envision far worse things than even the most powerful next-gen system could display.
•Adventure-Style Gameplay Where Your Decisions Make All the Difference Playing like a cross between a point-and-click adventure game and a classic JRPG without battles, players have the freedom to explore every last corner of Heavenly Host Elementary School, significantly altering the course of the story and its final conclusion based on where the characters go and what they do.
•Chapter-Based Storytelling with Fourteen Lore-Expanding “Extra Chapters” Told through five main story chapters with multiple endings each, along with fourteen “Extra Chapters” that expand the series’ considerable lore. Four new Extra Chapters are exclusive to this iteration, providing insight into plot elements that were previously left unexplained and characters who’ve never quite gotten their fair share of screen time.
•Exclusive Bonus Content Mixed with Fan-Favorite Features Features the original cast of Japanese voice actors enhanced with binaural 3D recording techniques to create a simulated surround sound experience when playing with headphones, offering players a delightfully uncomfortable level of immersion. Exclusive to this version are