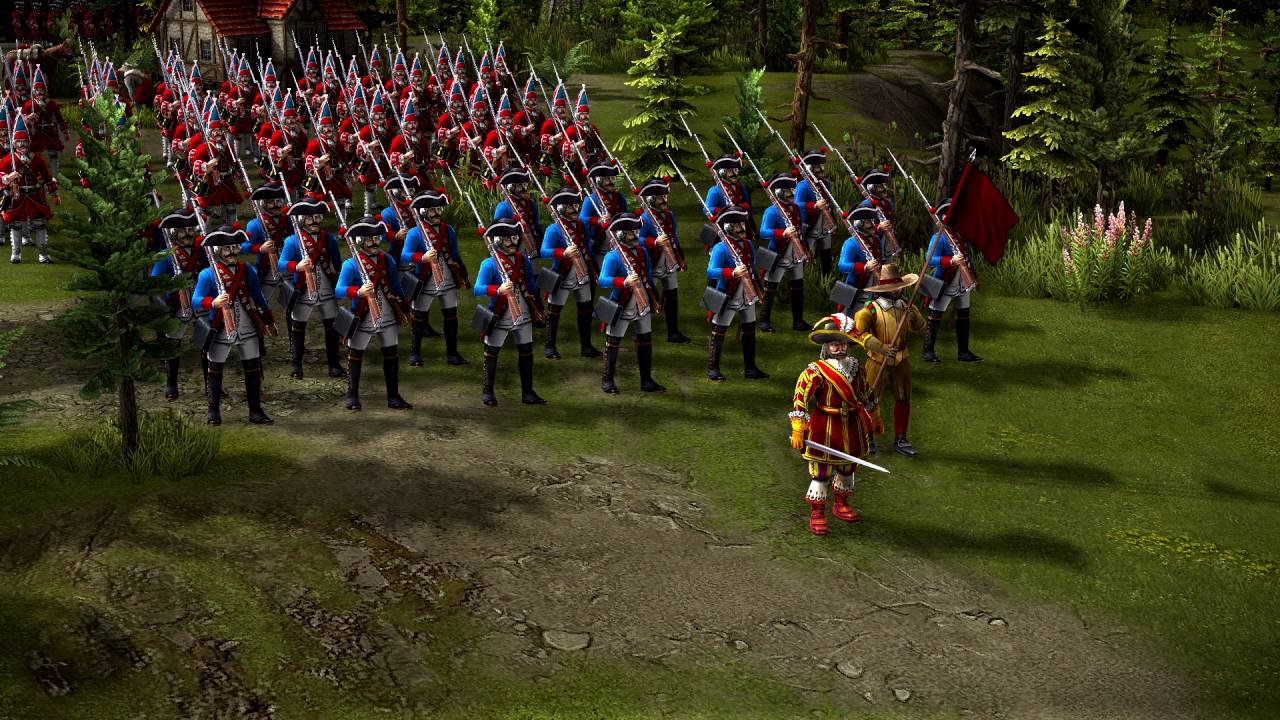 Cossacks 3
Return of the legendary Cossacks! A large-scale historical strategy on great battles of the XVII-XVIII centuries.

Modern remake of the best 2001 strategy, with armies numbering in thousands of warriors and reconciled game mechanics. It’s a genuine RTS classic, including construction and production of resources. A vast selection of unit types, cold steel and firearms, influence of the landscape, and the realistic physics provide the player with an unlimited number of tactical opportunities.

Impressive scope.
Up to 10,000 units on the battlefield! 12 playing nations, 70 various types of playing units, 100 scientific researches, and over 140 diverse historical buildings.

Classical gameplay.
Real-time strategy with construction, production of resources, and the development tree. Naval battles, influence of the landscape and the realistic physics provides the player with a vast number of tactical moves.

Multiplayer.
Breathtaking battles for up to 7 players on the map. Possibility to unite into teams or to play against the computer. Flexible customization of random maps with selection of the desired landscape.

Game features:
Breathtaking historical real-time strategy.
Actions unfold in Europe in the XVII–XVIII centuries.
Five singleplayer historical campaigns.
12 playable nations.
Grandiose battles of up to 10,000 units on the map.
Realistic physics of bullets and cannonballs.
Considerable influence of the landscape on battle tactics.
Infinite variations of battles with computer enemies on random maps.
Flexible generator of random maps with selection of a preferable landscape.
Windows, Mac OS and Linux support.