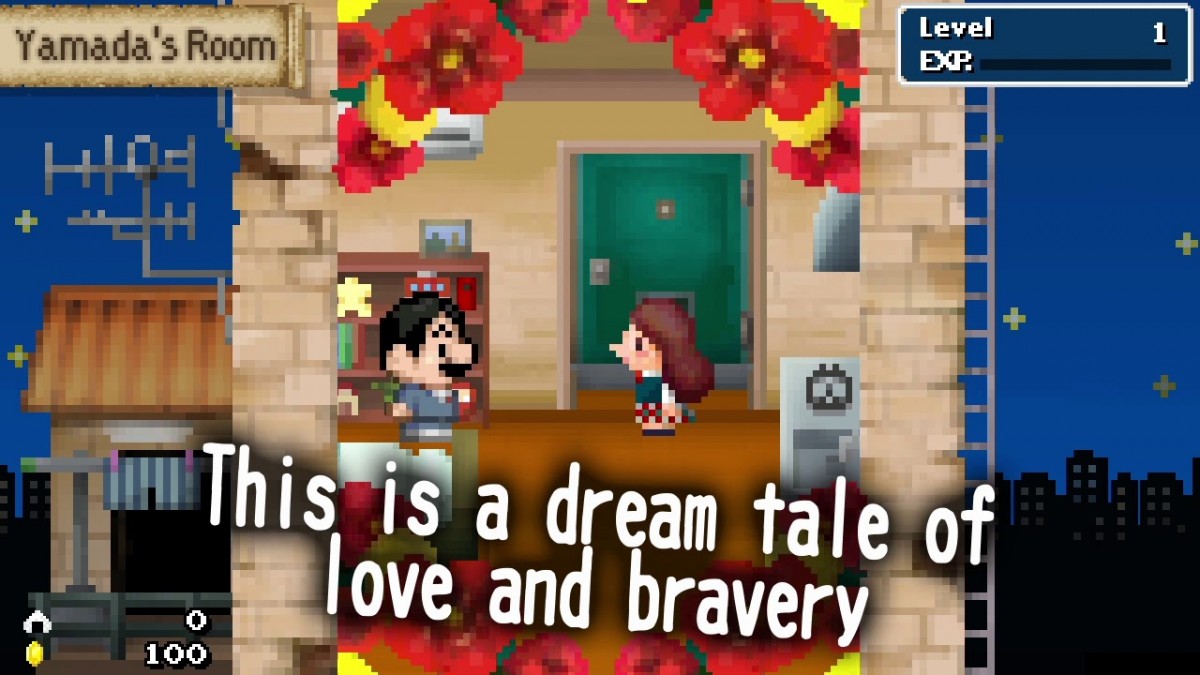 Dandy Dungeon is a story-driven, romantic comedy roguelite-RPG, which fuses retro-visuals with modern ideas, and features an amazing soundtrack which layers together chiptunes and the humming of the main character himself. Loot procedurally-generated dungeons, transform your weapons into legendary blades, collect Dandy armor sets, and catalog monsters in your quest for love.

Yamada-kun (Age 36) is a programmer at a major game publisher. He hates his job. Alone in his apartment, deep into the night, he toils to create a game of his own: it’s an RPG, and he is the hero, Brave Yamada!

One day, he falls in love at first sight with his new neighbor Maria-chan. In an effort to nurture these feelings, he adds Princess Maria into his game!

Will Yamada-kun and Maria-chan find love?
Is destiny pre-programmed, or randomly generated? Is love a bug or a feature?