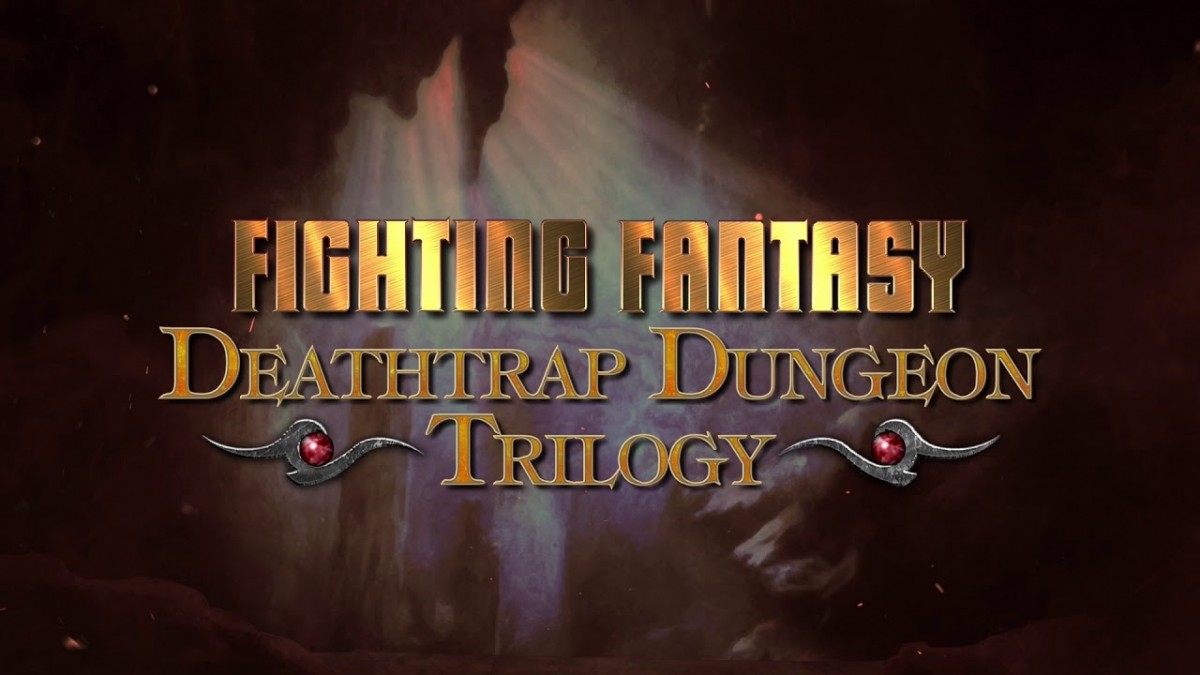 Deathtrap Dungeon Trilogy is a digital card-based role-playing-game, with a strong emphasis on the ‘choose your own adventure’ style that made so many people fall in love with the original books. The game features three iconic books from the multi-million selling series – Deathtrap Dungeon, Trial of Champions and Armies of Death. Players can relive these classic adventures in a whole new way, levelling up their dice, battling iconic monsters and embarking on epic quests.

With multiple difficulty levels to choose from, the ability to level-up your dice and unlockable titles to earn, Deathtrap Dungeon Trilogy is the perfect game for both fans of the original books and anyone who hasn’t yet experienced these classic books.

Fighting Fantasy gamebooks were created by Steve Jackson and Ian Livingstone in the 1980s. They were the first branching narrative books with a game system attached – hence the term ‘gamebook’. To date the series has sold nearly 20 million copies worldwide and has been published in over 35 languages. Set in worlds of monsters and magic, Fighting Fantasy gamebooks are ground-breaking in that they place the reader at the heart of the story, giving them control and giving them choice. They are books in which YOU are the Hero! Will you survive?