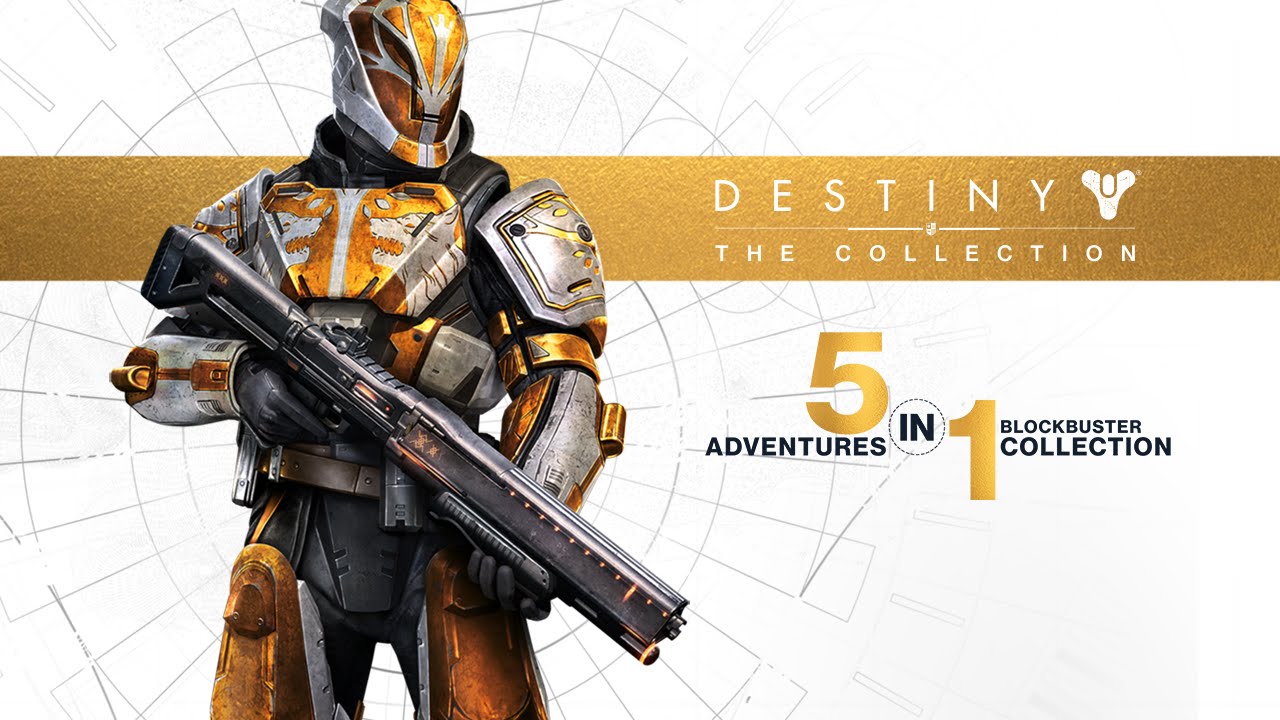 Destiny – The Collection contains every release from the award-winning first-person shooter franchise to date. It’s a great way for Guardians to embark on journeys they may have missed, as well as a perfect starting point for new players who want to join the Destiny community. It includes: Destiny, Expansion I: The Dark Below, Expansion II: House of Wolves, The Taken King, and the newest adventure, Rise of Iron. It also includes a character boost to send you immediately into the battle.

Destiny brings you into a bold world of action and adventure where you are a Guardian of the last safe city on Earth wielding incredible powers. Explore the ancient ruins of our solar system as you immerse yourself in a cinematic single-player campaign. Join up with friends in three or six player co-op activities. Spar with your fellow players in a variety of competitive multiplayer modes. Upgrade your character to create a powerful hero as unique as yourself. Become Legend.