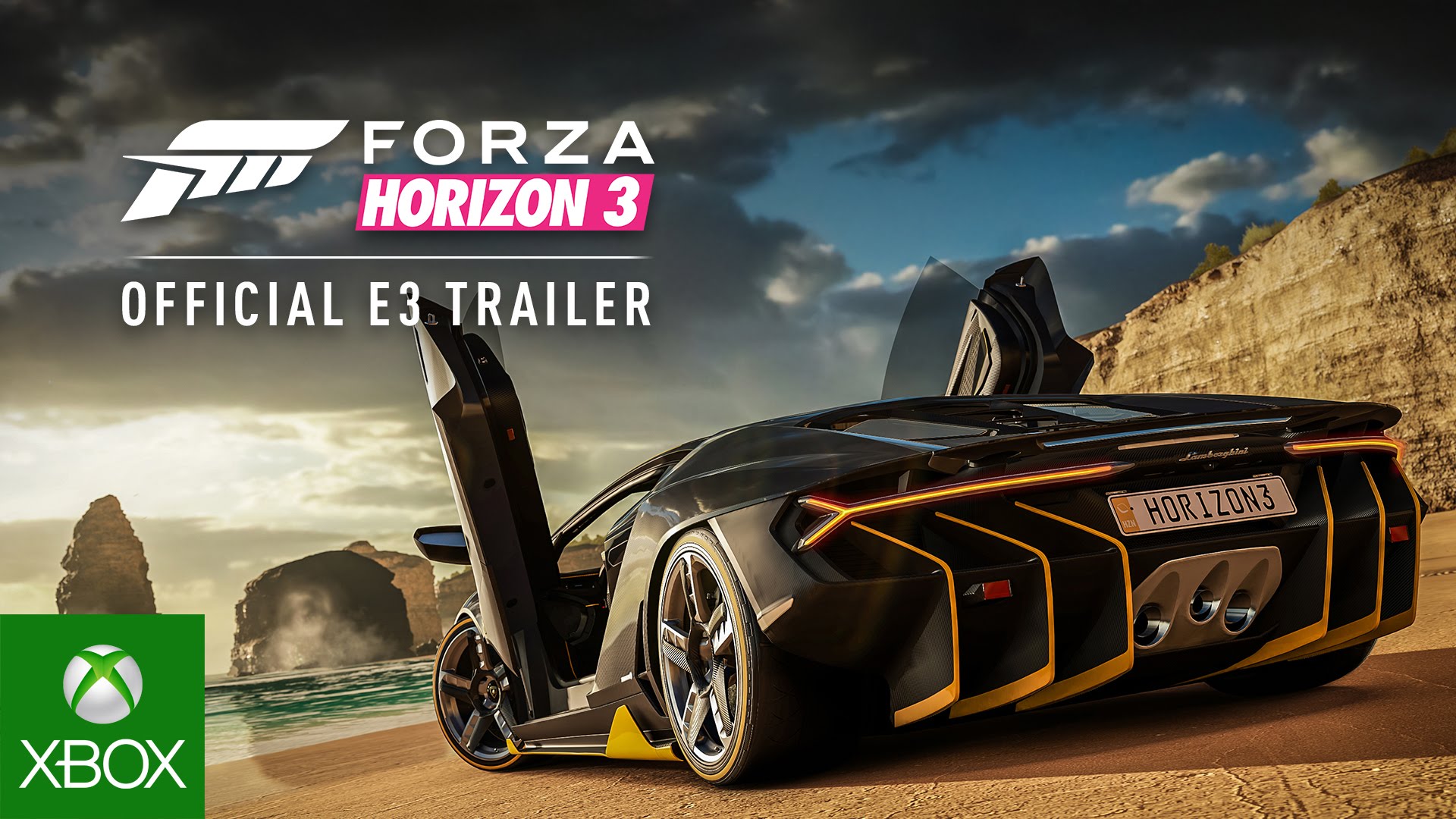 Forza Horizon 3
Explore Australia, the Horizon Festival’s largest, most beautiful and diverse open world ever
• Collect, race, and customize over 350 of the world’s greatest cars
• Discover thrilling new driving gameplay like Danger Sign Jumps, Convoys, and Drift Zones
• Be the boss of your own Horizon Festival. Customize every aspect of your game
• Hire and fire friends to win you fans, or invite them to join in the all-new 4 player online campaign co-op
• The next game in the best-selling racing franchise.

You’re in charge of the Horizon Festival. Customize everything, hire and fire your friends, and explore Australia in over 350 of the world’s greatest cars. Make your Horizon the ultimate celebration of cars, music, and freedom of the open road. How you get there is up to you.

YOU’RE IN CHARGE
With the new Horizon Blueprint, create and instantly share your own custom race events, championships, and Bucket List challenges.

CUSTOMIZE EVERYTHING
Select your driver character, customize your car, your license plate, even your own car horn sound. Drive to the music you love with eight diverse radio stations, or stream your own music collection.

HIRE AND FIRE YOUR FRIENDS
Hire friends to star in your festival and win you more fans. If they’re not winning you fans, fire them!

EXPLORE AUSTRALIA IN OVER 350 CARS
Explore the Horizon Festival’s largest, most beautiful and diverse open world ever. Choose from an incredible selection of over 350 of the world’s greatest cars, all in unrivalled ForzaVista detail.

Gaming is better with Xbox Live Gold. Join the best community of gamers on the most advanced multiplayer network. Get free games every month, worth up to $700 a year, and save up to 50-75% in the Xbox Store.

* Free Games Offer: For paid Gold members only. Includes games for Xbox One and Xbox 360, with up to $350 value on Xbox One and up to $350 value on Xbox 360. On Xbox One, active Gold membership required to play free games you’ve redeemed. Restrictions Apply. Savings based on retail value of game. Games, including [LIST NON-GAMES WITH GOLD TITLES PER VISUAL NOTE ABOVE] sold separately. Requirements and available features vary across consoles; Multiplayer between Xbox One and Xbox 360 supported for select titles.

Features may vary between Xbox One and Windows 10 versions of game. Xbox One game disc for use only with Xbox One systems. Xbox Live Gold membership (sold separately) required for online multiplayer on Xbox One. Cross-device play only in Xbox Live-supported countries, see xbox.com/live/countries. Some music features may not be available in some countries.