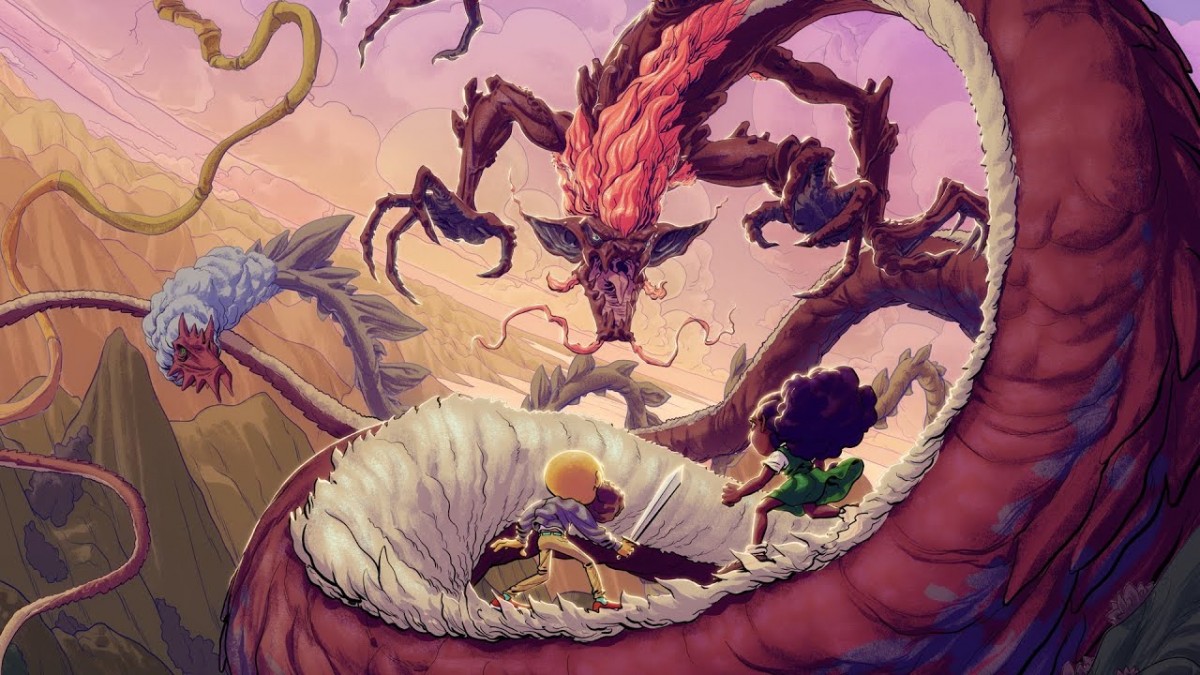 EarthNight is a hand-drawn action-platformer game set during the dragon apocalypse.

Skydive from humanity’s last refuge in outer space, plunging down from orbital colonies into the dragon-infested skies below. Liberate the planet by taking the fight to these beasts, running and bounding along the creatures’ serpentine backs toward weak points to deliver a final blow.

To survive until that moment, heroes Sydney and Stanley must harness their distinct abilities to overcome a gauntlet of obstacles and swarms of enemies that stand in their way. Sydney, a teen with ethereal powers, can double jump and make swooping attacks; meanwhile, Stanley can hop high in the air, perform long leaps, and slice through enemy formations with his sword.

While surmounting these challenges, the pair can search for secrets, warp zones, and helpful items hidden throughout the levels to aid them in their journey. Between runs, they can trade water and trophies like dragon eggs, teeth, and eyes to Dr. Dave the Appraiser in return for powerups, including enchanted weapons, shields, magical potions, a mind-control device, and more.

With more experience and new gear, the dragon hunters can press deeper into enemy territory, reaching new layers of the atmosphere closer to the Earth’s surface where dangerous new foes and tantalizing treasures await. Each dragon and aerial layer are different from the last, offering up new tests and rewards as the fast-paced action builds toward an intense final battle.

Throughout the journey, EarthNight is a breathtakingly beautiful experience brought to life by Paul “Mathattan” Davey, who painstakingly rendered tens of thousands of frames of animation by hand. The energetic soundtrack, composed by Paul “Chipocrite” Weinstein, combines chiptunes created with Game Boys and with real-world instruments, and features contributions from Final Fantasy Tactics, Final Fantasy XII, and Valkyria Chronicles series composer Hitoshi Sakimoto.