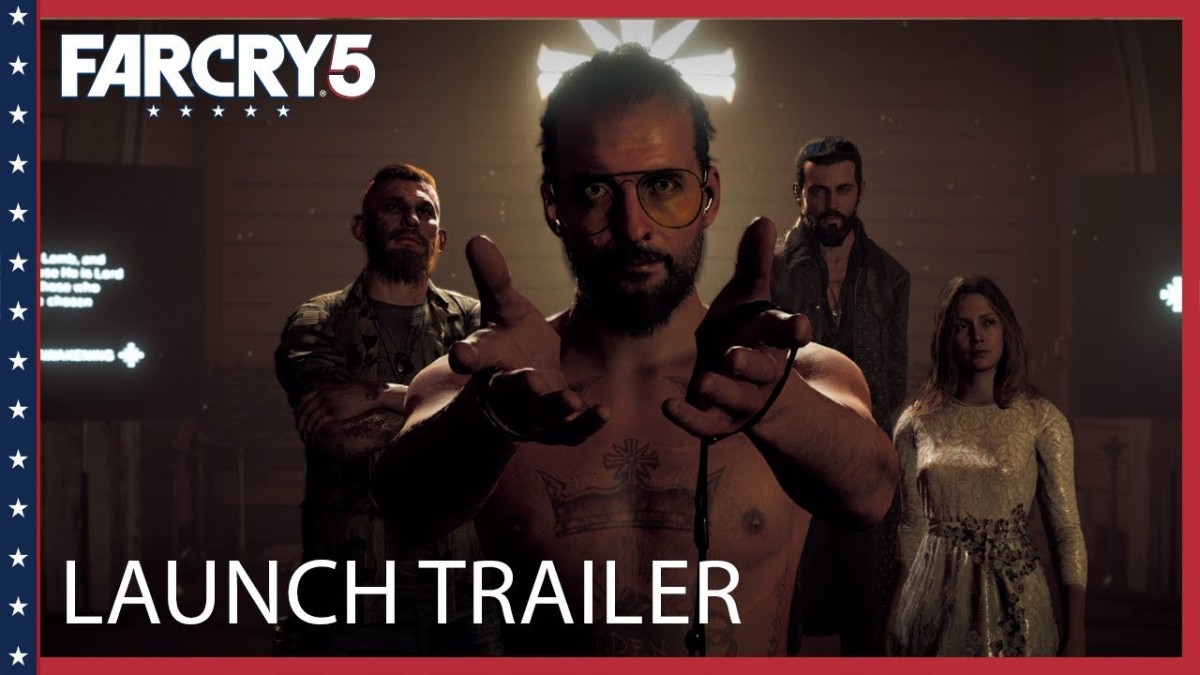 Set in America, a first for the franchise, Far Cry 5 offers players total freedom to navigate a serene-looking yet deeply twisted world as the new junior deputy of fictional Hope County, Montana. Players will find that their arrival accelerates a years-long silent coup by a fanatical doomsday cult, the Project at Eden’s Gate, igniting a violent takeover of the county. Under siege and cut off from the rest of the world, players will join forces with residents of Hope County and form the Resistance.

Far Cry 5 is a first person shooter set in a completely open world. Players will have the freedom of choice, wrapped in an immersive story with memorable characters, where they can experience Far Cry Moments: unpredictable and unforgettable moments in the game – like getting attacked by a bear while quietly fishing, or being rescued by Boomer at just the right time. Players can play any way they want, including recruiting Guns for Hire, Fangs for Hire, and a Friend for Hire, which allows players to play the entire game in co-op, a franchise first.

Far Cry 5 also includes Far Cry Arcade, the biggest and most versatile map editor mode for the Far Cry series. In Far Cry Arcade, players can create new scenarios by utilizing assets from other titles in the series as well as other Ubisoft franchises, including Assassin’s Creed® IV Black Flag, Assassin’s Creed Unity, or Watch Dogs®, for solo, co-op or competitive experiences.