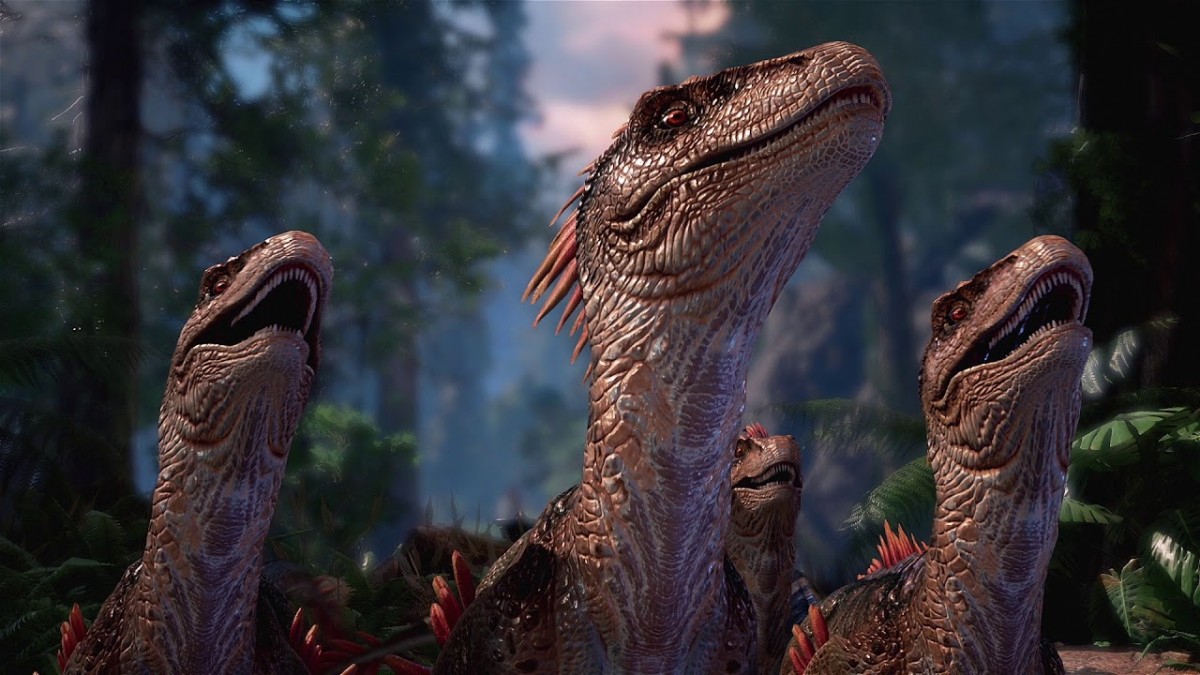 Based on best-selling ARK: Survival Evolved, ARK Park allows VR users and their friends to interact with more than 100 dinosaurs rendered in stunning detail across 6 massive environments.

In ARK Park, your headset of choice allows you to experience a series of mind-blowing VR-driven theme-park attractions built on top of a variety of biomes – each with distinct weather patterns, vegetation, and terrain. Designed from the ground up as a realistic dinosaur theme park simulation, the game allows you to freely traverse the grounds without any restrictions whatsoever. There’s no set plot or schedule to follow: Choose how and where to go next at all times – surveying the prehistoric park at your own pace. You can even join your friends in multiplayer “park tours” to share the thrill of getting up close and personal with living, breathing dinosaurs!

Featuring a real-time day and night cycle, ARK Park’s time of day mechanic includes day, evening, night, and dawn. Both biomes and creatures are affected, which means that some dinosaurs may only appear at specific times. There are more than 50 different species in the game; you can interact, tame, or even fend them off! When exploring the wilderness, use a gene scanner to collect gene fragments from prehistoric life forms. A combination of puzzle-solving, exploration, and careful resource management skills is a must if you intend to capture the most prized animals. Gene fragments unlock blueprints, which can be used to craft tools, lures, items, and weapons; they also reveal detailed information about each species.

What’s better than walking among dinosaurs? Being driven on a rugged off-road vehicle … or riding your very own pet dino! Take the Crystal Shuttle and go on an amazing ride across the park and nearby ocean. The Jeep will carry you through the perilous Sequoia Rainforest – but be ready for a very talkative driver. Finally, after raising a dinosaur to adulthood, you can tame and ride it. Are you ready for an unforgettable trail excursion on the back of your Dinosaur Mount?