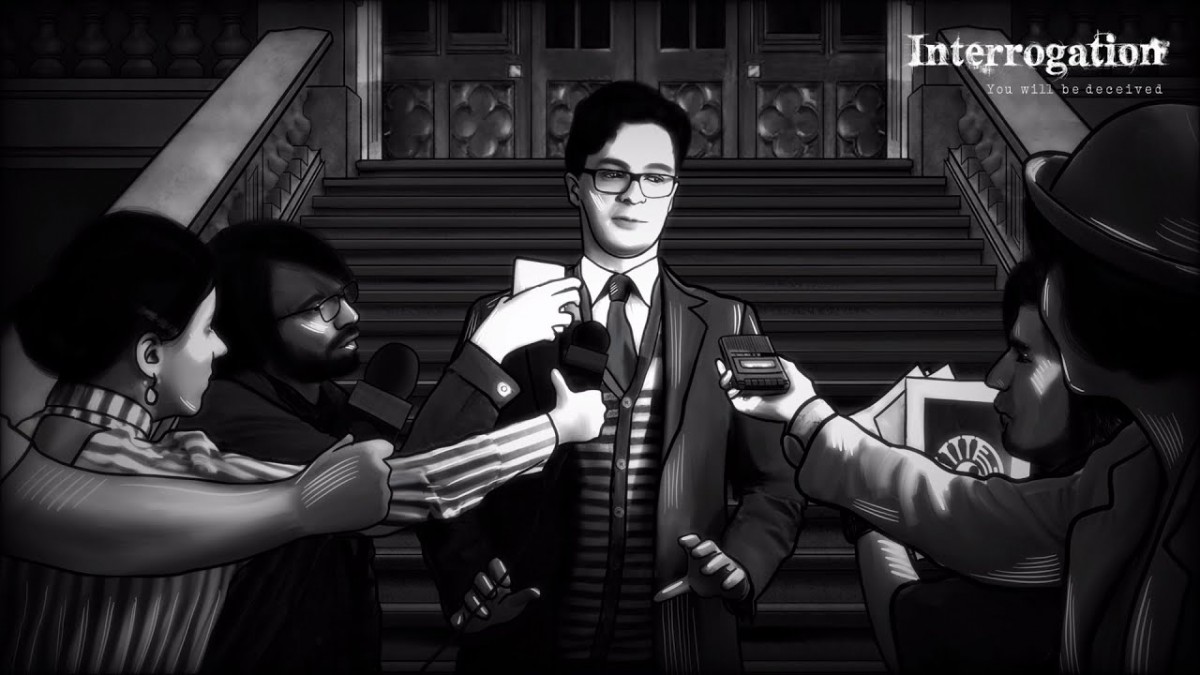 Interrogation: You will be deceived is a visually striking noir thriller that holds its audience captive. You must step into the gumshoes of a detective leading a squad that’s been tasked with thwarting the plans of a shadowy and powerful terrorist group known as the Liberation Front. With the clock ticking you’ll need to use the game’s realistic conversational system to interrogate and emotionally manipulate suspects, unmask the perpetrators and avert disaster.

Seeking to address socio-political issues such as radicalization, police brutality and the power balance between the people and the authorities, Interrogation: You will be deceived makes the player question their own beliefs and position as they are questioning their suspects in this race against time. With consequences for every decision and multiple possible endings to the investigation, it’s up to the player to find their own answers – by whatever means they deem necessary.

Interrogation: You will be deceived has players solving complex conversational puzzles and managing their investigation team. Every squad member has their own set of skills and players must learn how to utilize these to best effect if they hope to stop The Liberation Front’s next attack successfully. With the limited budget at their disposal and the next attack drawing ever nearer, players will have to make some hard choices to save the city.

The game’s gritty noir art-style and animation have been created from a cast of over 40 actors. Developer Critique Gaming has meticulously transformed the actions of each actor into an eye-catching black and white style from thousands of rotoscoped photos to make every character interaction as realistic and tense as possible.

Each interrogation is unique, requiring different attitudes and tactics to ensure that suspects will reveal their secrets. Understanding the background and motivation of individuals is essential for players to inform the approach they adopt. The different methods of intimidation, guile or empathy, could achieve the required result – but there is no universal solution. If players aren’t getting anywhere in their questioning, then they can resort to ‘enhanced interrogation’ techniques, but there are ramifications for going down this path.

●   Psychologically manipulate suspects to stop the Liberation Front’s next attack
●   Manage a team, resources and uphold the police force’s reputation
●   Gritty, visually striking noir art-style based on thousands of photos from real actors
●   Play your own style with branching paths leading to multiple endings
●   Atmospheric music to increase the growing tension