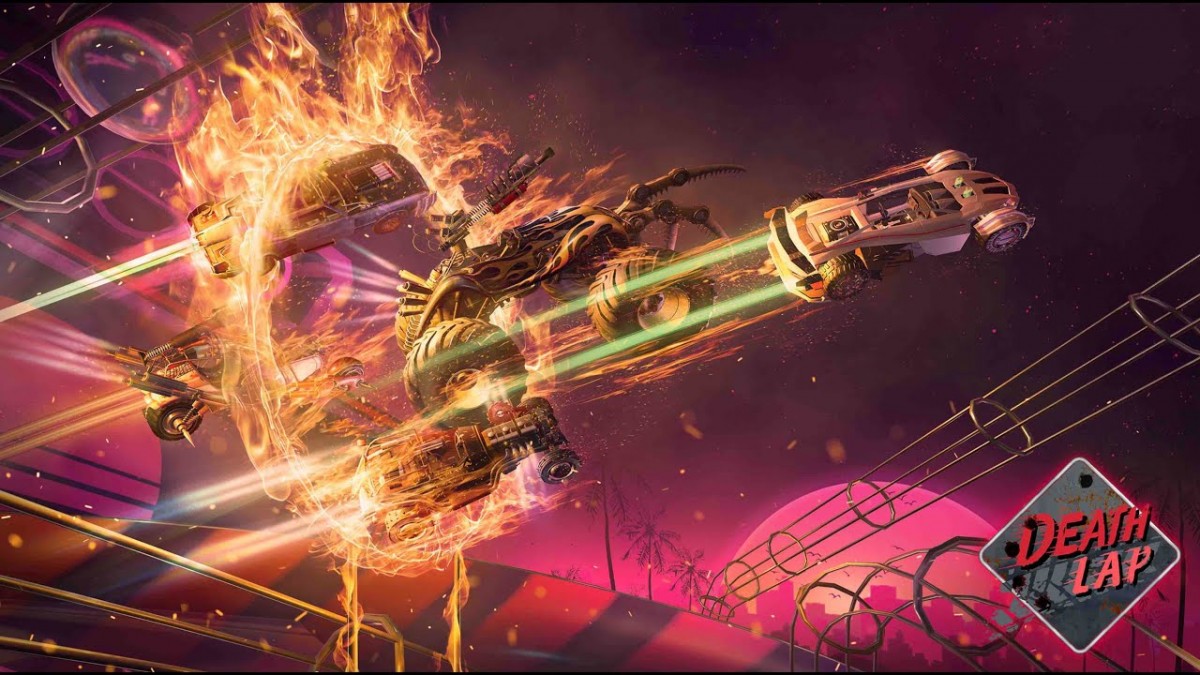 Death Lap puts players behind the wheel in a darkly comic game show, a mix of racer and shooter where players battle to survive, and take first place in Nitro Saint Payne’s wheels and bullet-mad tournament.

SPEED THE ONLY PLAYERS’ ALLY
Death Lap is about speed mixed with a variety of weapons, pickup bonuses and special abilities. When players drift in Death Lap, they charge up a speed boost. The best tactic is to drift on every turn, and rocket ahead on a straightaway. Players can also increase their speed with boosters and No² fuel.

CREATIVE AND STYLISH CARS’ SELECTION
There are five original vehicle designs to choose from — The Rodder Z60, a hotrod with six cylinders of pain and fury and The White Wolf, a super high-powered sports car built for precision, to name a few — each vehicle has its own and unique personality with various weapons, so each time it’s a different experience.

POWERFUL WEAPONS’ COLLECTION
Players can enjoy big toys from — The Gatling Gun that shoots high-speed bullets to destroy everything in its path to — The Rocket Launcher that shoots one straight rocket at a time, but the effect and damage area is enormous.

There are also state-of-the-art tech like — The Blaster that shoots high-velocity plasma bullets piercing through nearly anything or — The Laser Beam that cuts and melts metal like butter.

OUTSTANDING-LOOKING TRACKS’ CHOICE
Prepare for the City of Sin, where fortunes can be made as quickly as they can be lost. In Nitro’s game, when the House wins, they take all, including the players’ life!

In Route 706, players are locked in a never-ending pyscho-trip. The Crude Badlands desert will leave players quite dazed and confused. And an arcade where players are the pinball! Players can zip from bumper to bumper to slapper.

BETTER WITH FRIENDS
Death Lap mixes both comedy and carnage, whether you’re playing solo or with friends, players have to be the first or die trying. VOIP can be enabled or disabled across the game and joining the VOIP channel is optional.