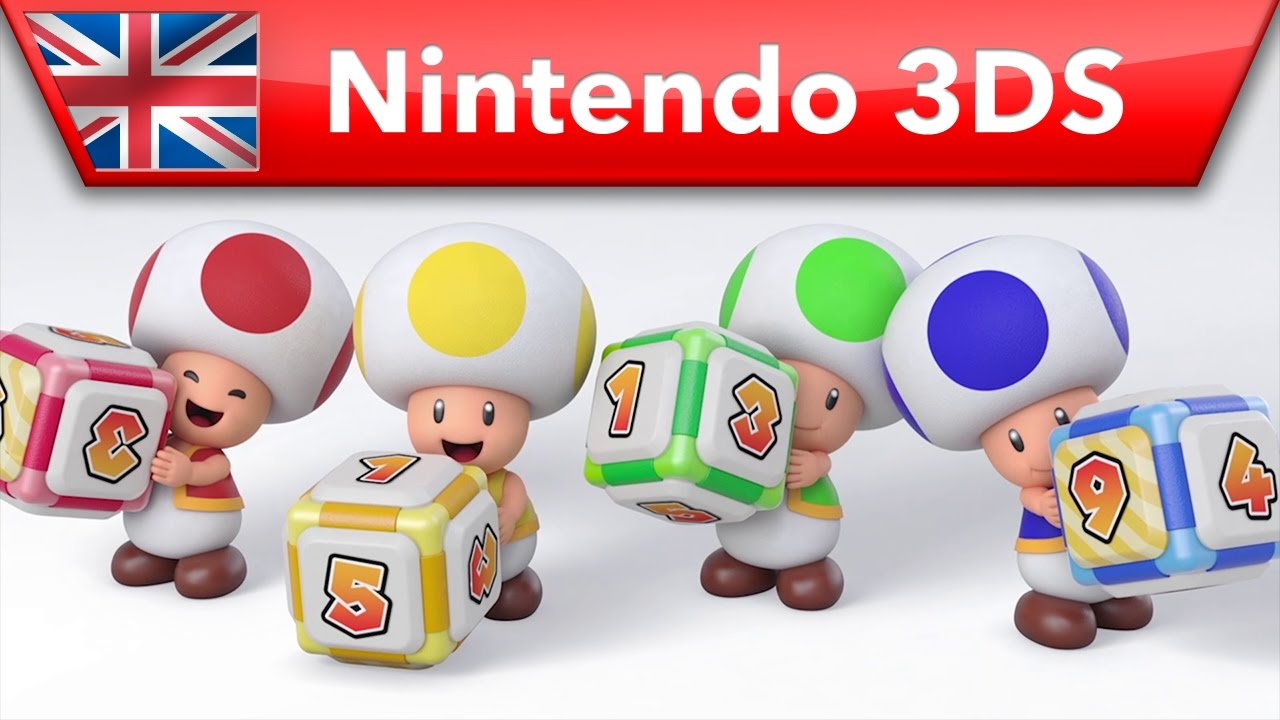 Mario Party Star Rush
Think fast and have a blast with a variety of ways to party with Mario, Toad, and more, on-the-go or on the couch! It’s always your turn as you and up to three* friends roll the dice, roam the board, and recruit fan-favorite allies. The bigger your party, the faster you’ll earn stars and coins in frantic minigames. It’s instant fun for everyone!

Break free of turn order and choose your path to victory in Toad Scramble, a mode with five wild worlds filled with bite-sized, open maps to play on. Blast across them in cannons, creep around haunted houses, or get a lift from Lakitu. You may get a chance to take down Bowser’s mech! Team up with Yoshi, Daisy, Waluigi and other allies along the way. Pit your skills against friends by racing along in a gauntlet of rapid-fire minigames in Coinathlon. Cannon down Goombas, take out Shy Guys pinball-style, and even surf on a leafboard…but watch for Wigglers! You may even find yourself wandering a labyrinth of Boos. Partying is tough business!

Features:
Recruit characters like Toadette, Rosalina, and Wario to team up with and support you in Toad Scramble starring Toads.
Choose from multiple boards in different worlds, each with tricky boss battles.
Up to four players can simultaneously roll and move freely around a map.
Team up with up to four Mushroom Kingdom characters who can help you win by participating in different events.
Fully refined for bite-sized portable play, perfect for the Nintendo 3DS family of systems.
Multiplayer via Local Wireless (additional games and systems required; sold separately) or Download Play (additional systems required; sold separately). For the first time in series history, compatible with multi-card communication.
Packed with different modes that everyone can enjoy.